Popular Posts
Buy Less, Buy Better, Buy Handmade
Craft Fair Secrets – How to Make a...
How to take product shots on your phone
How to sell more at markets, craft fairs...
Craft Fair Secrets – How much stock do...
How to choose the right social media channel...
Meet the maker: The Cornish Coaster Company
Craft fair inspiration – big ideas for small...
Meet Sara Tasker from Me and Orla –...
The best Instagram hashtags for craft and handmade
How to find your confidence as an artist...
10 fun gifts for teachers to make with...
The best Instagram challenges for makers & why...
Craft Fair Secrets: Not sold much? Here’s why...
Everything you need to know about tax if...
Meet John Bloor – the printmaker carving beautiful...
Home Trends What is Kawaii?
Trends

What is Kawaii? The Kapowder Room Secrets is a series in which Konnie Kapow investigates the various themes and styles to be found on Folksy. Let’s uncover some masterpieces, blow off the dust from those ole boxes and switch on the big light over there… 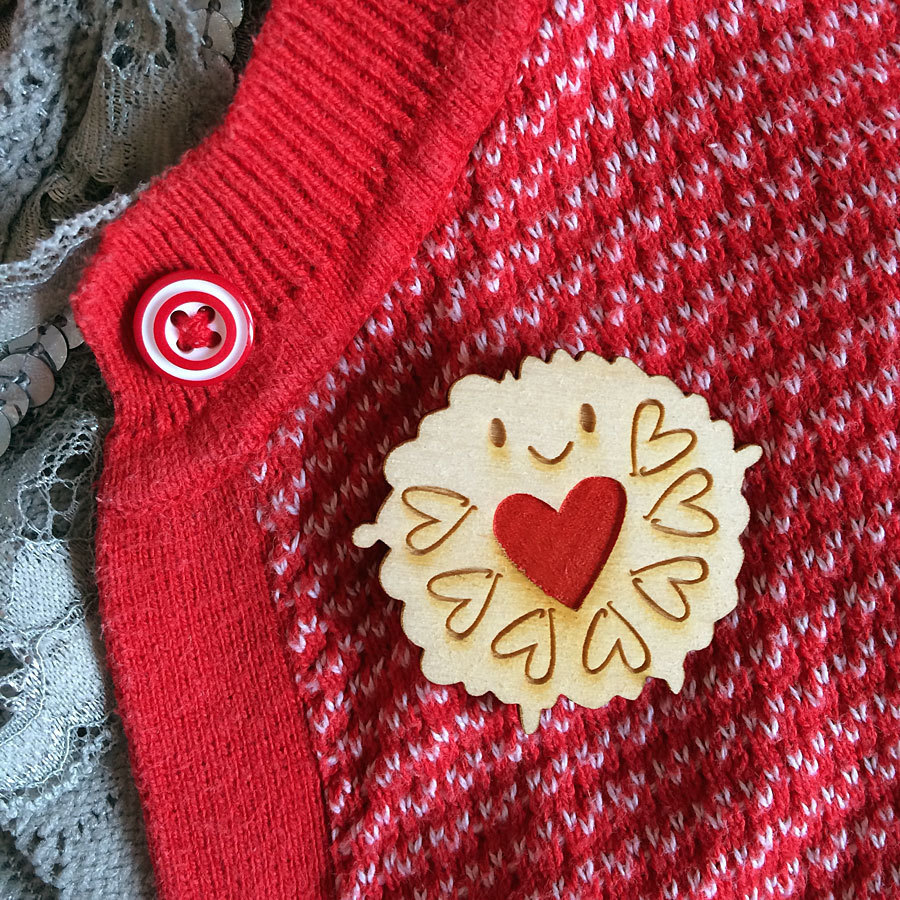 A Kawaii Jammie Dodger Brooch by Asking for Trouble

So what is Kawaii?

Pronounced similarly to Hawaii, any definition you look up will tell you that the word “kawaii” literally means “cute” in Japanese. Its roots can be traced back in Japan to the 1970s. Internet searches will provide you with an unconfirmed but widely circulated theory of origin that in the 1970s Japanese schoolgirls created a childish style of handwriting incorporating large and basic characters full of little doodles of smiley faces, animals, hearts and stars, which was adopted by large companies who used it in their advertising. Another theory is that it was a reaction to wartime past and a move towards pacifism.

Whether these are true or not, Marceline Smith of Folksy shop Asking For Trouble says: “The general rule is, if it makes you squeal like a Japanese teenager then it’s probably kawaii. It’s even pronounced like a squeal – ka-wa-eeeeeee!” For Janie of Cutie Candy Pop it has become a way of life. “I think to me the definition of kawaii is simplistic and childlike, kawaii items evoke warm memories of childhood but yet are not exclusively for children.” 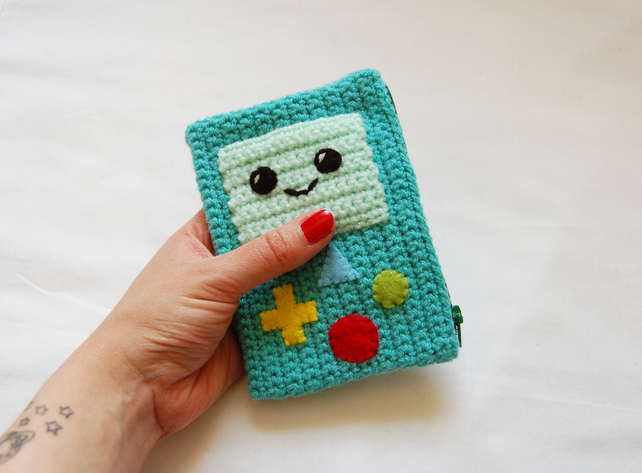 Becky Garratt makes a huge range of Kawaii-style designs – and even a cute crochet Gameboy purse!

Kawaii is very recognisable, probably the best-known example would be Sanrio’s Hello Kitty, a character which has been around since the early 1970s. Other examples include Pikachu (How do you get Pikachu on a bus? Pokemon!), Miffy, Chococat and Domu-kun, the official mascot of Japan’s NHK tv station.

According to Cutie Candy Pop, simplicity is the key to kawaii characters and design: “As if drawn by children… this is especially appealing when the faces are drawn on everyday objects such as a milk carton or a piece of toast.”  She has also “noticed that on most kawaii characters, the nose is almost in line with the eyes” which makes a character face quite distinctly Kawaii.

Miquette of Strawberry Anarchy says: “You can make anything cute by adding a little face to it. Even food, if you draw a little happy face on a pea it comes to life and looks instantly cute.” Other examples could be “fruit and vegetables with smiley faces, rainclouds and rainbows, bright coloured birds, miniature food items,” adds Mel of Sugarplum Kawaii. 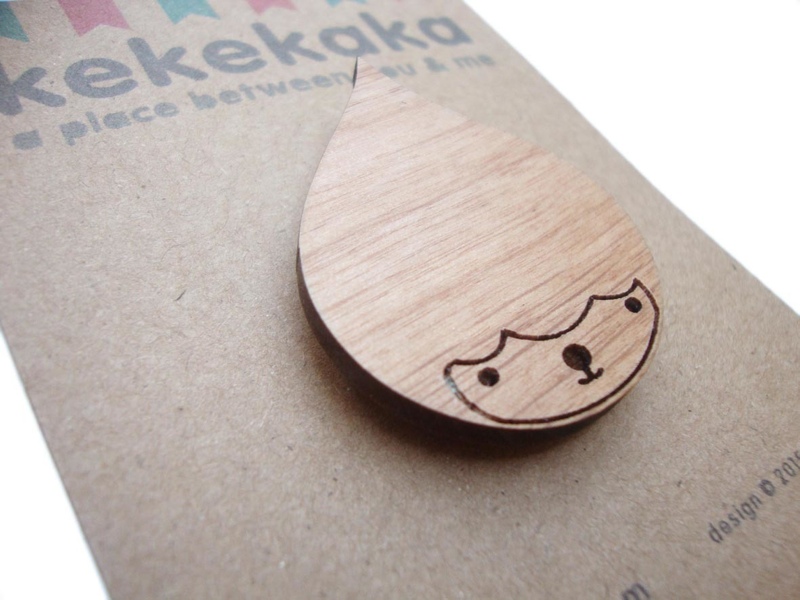 Why is it so popular?

Essentially, I think this is well summed up by Asking For Trouble when she says, “People love Kawaii because we’ve never quite grown up, and looking at happy things makes us happy too.”  It’s hard to deny that looking at a cute picture of something with a smiley face is infectious. I spied my Dad doodling something once thinking no one was watching him (there was no wine involved whatsoever) and when my sister and I finally managed to prise it from his hand we discovered a cloud with a smiley face next to the word “Hi,” this was perhaps the happiest moment of my life!

So Kawaii makes people happy and if the cute is very extreme someone can suffer from what Strawberry Anarchy likes to call “a Cuteness Attack”, this is when the person has an overwhelming fuzzy feeling in their heart, rush of adrenaline and the desire to obtain the cute object (and fast).” 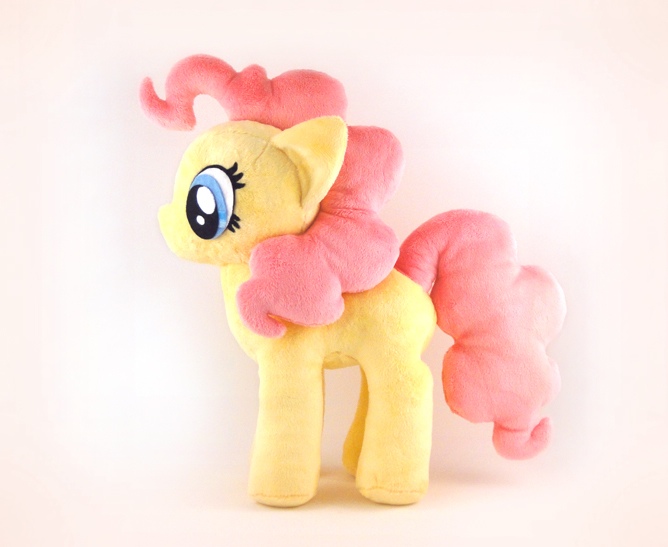 How can it be applied to crafting?

Sugarplum Kawaii thinks Kawaii style “can be applied to jewellery and handmade crafts such as felt brooches by using quirky and fun charms, or applique techniques.”  In fact, it looks very much like it can be applied to most practices. Asking For Trouble would agree with this: “It’s most popular in illustration and jewellery design but if there’s one thing Japan has taught us, it’s that anything can be made cute. Hello Kitty is the prime example – she’s cutified everything from saucepans and mops to wine and chainsaws!”. On my Google searches I even came across some er… massagers?

So there you have it, Kawaii makes you happy! Off you pop now and careful not to give yourselves too many “Cuteness Attacks”!

If you would like some more information on kawaii then a good place to start would be Marceline’s blog Super Cute Kawaii. 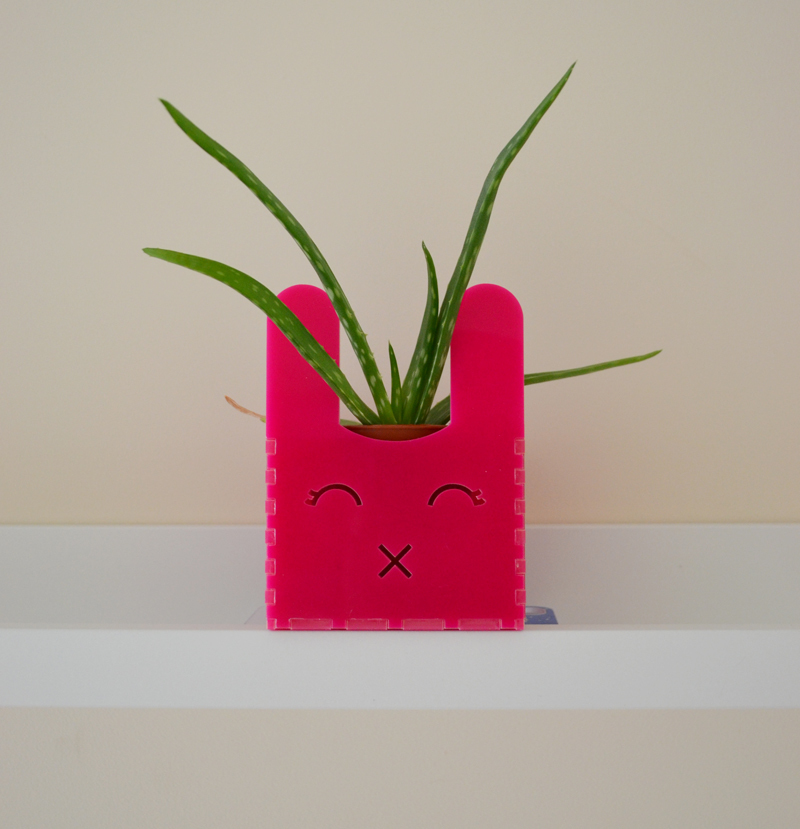 More Kawaii fun (and donuts!) on our Cute & Kawaii Pinterest board >

“Konnie Kapow sells handmade greetings cards and some knitted jewellery she makes when she finds the time and Mr Kapow! her enigmatic and secretive husband paints stuff too! Kapow! Whap!” Connie has a great sense of humour which combined with her talent in design, is what makes her greeting cards so popular!

Folksy Colours of the Year 2023

Ah I love kawaii stuff especially hello kitty. She does make everything cuter! You know she was born in London too : )

oh heck, had to read this quick cos if my kids see this post there will be a lot of crazing for cute stuff! very interesting read, so many niches out there! well done Connie x

Kawaii is Kool & so is Konnie Kapow! That’s a great definition from SuperCute:)

Excellent read, Connie – I like the more detailed discussion of what makes kawaii and I agree, Super Cute Kawaii is a must-read for any kawaii lovers – Marceline has a pro-kawaii eye for sure & digs out the most amazing goodies!