Home folksyhour Who are the heroes and villains of craft?

Many crafters like the opportunity to talk about their craft: what floats their boat and what get’s their goat. So with tights, cape and mask on, I settled down for an enjoyable #folksyhour on Tuesday 19 May to talk about the Heroes and Villains of the crafting world, writes Liz Norwood Clark from Big Bird Little Bird.

Who were your first craft heroes?

First up, Folksy posed the question: “Who was the very first artist, designer or maker that made an impression on you?” Family members seem to be one of the biggest inspirations for crafters, showing how craft begins and is nurtured at home. Other Folksy crafters were also put forward as being inspirations: Natasha from Baillie Day said how much she admired Nikki McWilliams’ cushions, who was a #folksyhour guest the previous week [you can see a summary of that chat about Pinterest here]. Fiona from Crafty Gallery also praised a fellow Folksy seller Ben from The Owlery, for giving her a lot of inspiration.

Art was also a huge inspiration, with Sally from Sally and the Freckles citing illustrator Eric Carle, while Shirley Rainbow and Kath Heywood both felt inspired by Kandinsky and Klimt paintings. Ali and Jam from Hello Dodo gave painter Matisse as their inspiration, for Kez from KezyLou it was Beatriz Milhazes who inspired her the most, and for Zoe from The Urban Magpie it was Frida Kahlo.

@folksy my Mum had loads of art books from Uni which I used to admire, but the 1st artist to change my life was Frida Khalo #folksyhour

Clare from Poisoned Apple Jewellery said she loved clothing design from both the Victorian and Georgian periods as well as designers Westwood and Gaultier, while Kirsty and Adrienne from Frilly Industries said fashion designer Hussein Chalayan was one of the creatives they found most inspiring. 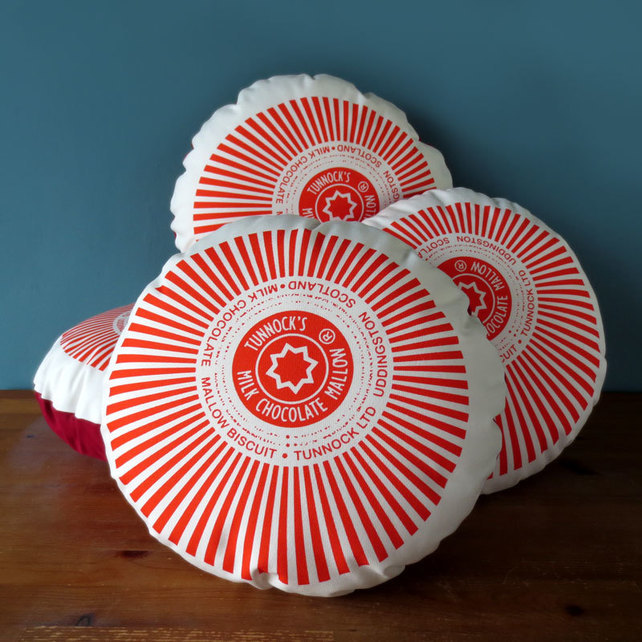 Success can be inspiring

Folksy asked if it was more inspiring to see fellow crafters succeeding. Ben from The Owlery agreed that it could be, yet felt when he lived in it he didn’t always feel the success himself. Fiona from Crafty Gallery felt having the confidence to try new things and run with them was inspirational in itself. “It’s also easier to take constructive criticism from someone you look up to,” added Ben.

Many artists, including fellow Folksy designers and makers, were told they were rubbish at art at school, and that in itself makes heroes – to succeed against the odds

Talking about inspiration led to some of the makers to reminisce about submitting artwork to Tony Hart, hoping to make the art gallery in his BBC shows Take Hart and Hartbeat – the “Holy Grail” for many artistic kids. I didn’t submit any pieces myself, having been told I was rubbish at art at school. I’ve since been surprised to learn that many artists, including fellow Folksy designers and makers, get told this too, and that in itself makes heroes – to succeed against the odds.

Who are your current craft heroes?

The next question was: “Who is top of your list of current craft heroes and why?” Kirsty and Adrienne from Frilly Industries said Davis Reekie and his glass and Tilleke Schwarz had their admiration, and Kirsty added that she admired Cindy Sherman’s ability to transform, project and influence.

Lots and lots of craft heroes… But I do especially like @allison_sadler_ #makeitsewcial over on Instagram for inspiration #FolksyHour — Shirley Rainbow (@SRainbow_TB) May 19, 2015

Natasha from Baillie Day picked out Jamie and Catherine from Bread & Jam for coming up with their amazing designs and their use of social media. I gave Mister Finch and his dark fantasy textile art as being one of my current craft heroes, while Kez from Kezy Lou said fellow Folksy crafter Little Black Heart was one of hers. Zoe from The Urban Magpie added that Jennifer Krupi is one of her current craft heroes because her “gestural” jewellery is thought-provoking wearable art. 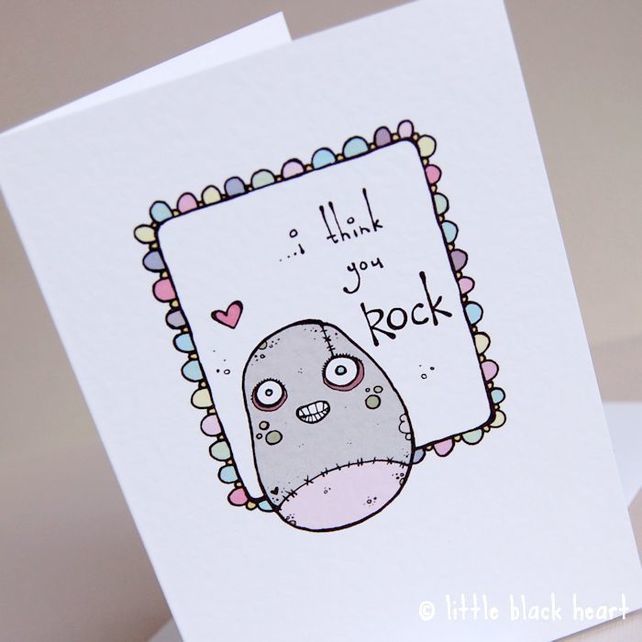 The villains of craft

We came to the last question: “If craft has it’s heroes, what or who is it’s nemesis?” Mass produced “hand-made” products were the enemy of craft, said Lynsey from Purple Shmurple and many others agreed. Businesses ripping off artists’ work was also a big no-no. The growing craft DIY movement was also seen as the enemy by some designer/makers. Ali Millard from Milly and Pip had an alternative answer. “I think crafters who undervalue themselves are the nemesis of craft,” she said.

@folksy #FolksyHour Nemesis is cheap mass produced items, because it’s made people think handmade should cost the same, they undervalue it. — Elizabeth Clark (@little_bigbird) May 19, 2015

Hello Dodo suggested the evil that is the static-inducing bits you peel off cellophane bags as a contender for the nemesis crown – whereas for Kez it’s items that are just a millimetre too small to post as a large letter. Frilly Industries had a just one word: glitter. 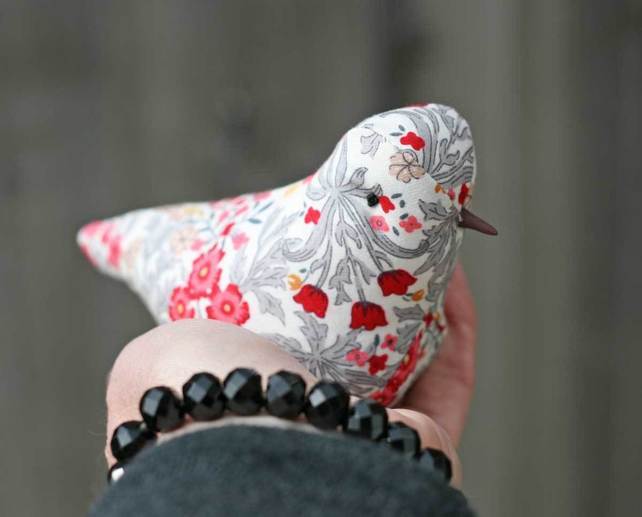 A Big Bird Little Bird textile bird – and not a spot of glitter in sight!

As I packed away my tights, cape and mask at the end of the #folksyhour session I was still humming the theme tune to Tony Hart’s Gallery, whilst booking up a local art exhibition and remembering my sister doing her sewing. Glitter, however, remains locked away in the vault, padlocked, with bright yellow Hazard signs stuck on it. It’s just safer that way.

Join in with #folksyhour every Tuesday from 8-9pm on Twitter >>
See the list of future topics >>
Find out more about #folksyhour and how to join in >>
Read our top photography tips from #folksyhour >>
Copyright #folksyhour special: your copyright questions answered by experts >>
How to be original – read what artists and designers said in our #folksyhour topic