Popular Posts
Craft Fair Secrets – How to Make a...
How to take product shots on your phone
How to sell more at markets, craft fairs...
Craft Fair Secrets – How much stock do...
How to choose the right social media channel...
Meet Sara Tasker from Me and Orla –...
Meet the maker: The Cornish Coaster Company
Craft fair inspiration – big ideas for small...
The best Instagram hashtags for craft and handmade
How to find your confidence as an artist...
The best Instagram challenges for makers & why...
10 fun gifts for teachers to make with...
Dear George: making jewellery with resin, wood, skill...
Everything you need to know about tax if...
Meet John Bloor – the printmaker carving beautiful...
Home The #wearefolksy Instagram hashtag 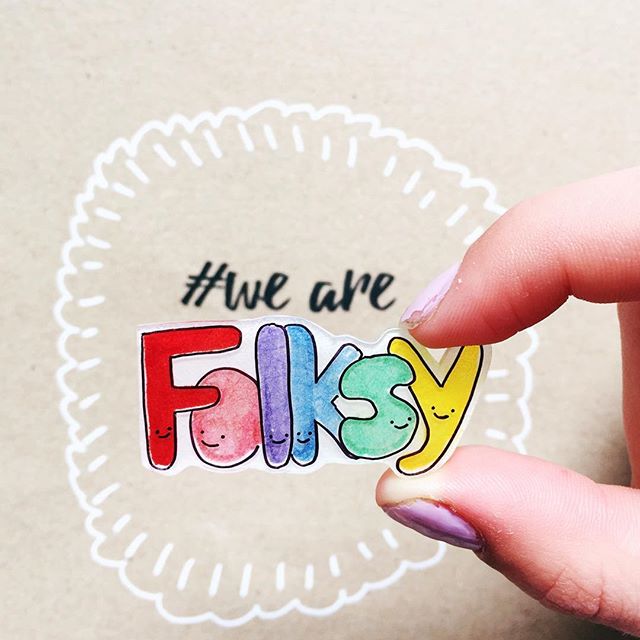 We’ve just launched a new Instagram hashtag called #wearefolksy into the Instasphere (did you see it go?) because we’re the curious kind and would love to know more about all the people out there who make, sell and love handmade.

We’d love you all to join in. All you need to do is post a picture of yourself (or if you’re feeling camera shy then something that represents you) and tell the nice people a bit about yourself – who you are, why you make, what makes you tick, what keeps you awake at night – and share it on the #wearefolksy hashtag. Then invite one of your favourite makers to join in too.

We’ll start you off with a bit about us. Here goes…

We’re Folksy and we’re a place to buy and sell nice things made by hand in the UK, as well as pieces you’ve designed (made in small batches) and craft supplies. No vintage. No reselling. We’re also a team of people. There’s James (he’s the boss), Doug (he’s the techy one), Amy and Sian (they look after customers and sellers), Hilary (she knows everything – she’s even written a book about it) and me, Camilla. We’re based on the edge of the beautiful Peak District in sunny Sheffield. Our office is a converted cutlery factory handily placed above a cafe that sells cakes. Between us we have 7 cats (and counting), 2 dogs, a brood of chickens and a hedgehog called Herb. We’re a pretty small team but we’re passionate and we really care about craft and the people who make it. We’re David not Goliath.

Smiley Folksy by Sally and the Freckles