Popular Posts
Buy Less, Buy Better, Buy Handmade
Craft Fair Secrets – How to Make a...
How to take product shots on your phone
How to sell more at markets, craft fairs...
Craft Fair Secrets – How much stock do...
How to choose the right social media channel...
Meet the maker: The Cornish Coaster Company
Craft fair inspiration – big ideas for small...
Meet Sara Tasker from Me and Orla –...
The best Instagram hashtags for craft and handmade
How to find your confidence as an artist...
10 fun gifts for teachers to make with...
The best Instagram challenges for makers & why...
Craft Fair Secrets: Not sold much? Here’s why...
Everything you need to know about tax if...
Meet John Bloor – the printmaker carving beautiful...
Home NewsDevelopment Gearing Up
Development

We want to say a bit about what we’ve been planning at Folksy and where we hope that planning will take us. Since 2008 Folksy has grown year-on-year to now have around 8000 active shops, over 300,000 visitors a month and around 8,000 orders of the wonderful things that crafters make. This growth has been achieved through ploughing profits back into the business, employing the most talented people available and working incredibly hard to do what we believe in; creating the best service and platform for crafters in the UK to sell their work. None of this would have been possible without the goodwill of the makers, artists and designers who use Folksy and whenever we need affirmation about what we’re doing we look at some of the work and of the talented crafters who use Folksy. It’s this belief in craft and in the wealth of talented crafters in the UK that has led us to the most ambitious scaling of the business since we began. 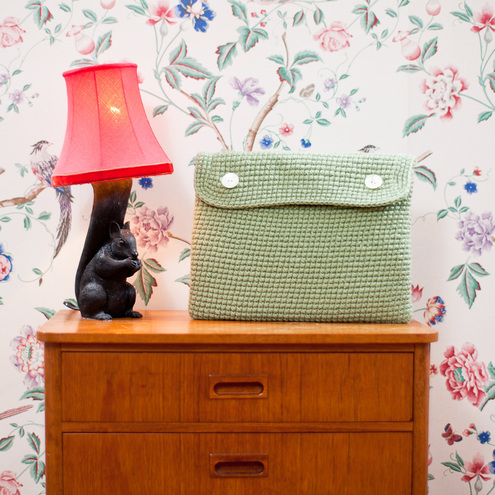 Our plan is to create the best platform to promote and sell modern British craft. To do this will require investment which we’re in the process of securing and resourcing the immediate plans to re-design the site and re-architect the application so that it can scale with increased page views. We’ll be talking more about the re-design work in later posts and in particular how to create new ways that buyers can browse and discover items and shops to increase sales. For now I want to say a bit about how the team are changing.

Firstly, Hilary Pullen who has been such a force of energy and enthusiasm on the blog and in the forums, is leaving Folksy. We’re looking to create a team more local to Sheffield that can work together and in the coming weeks we’ll be working hard to identify someone who can fill Hilary’s shoes and take the blog on to celebrate modern British craft. You’ve been great Hilary, thank you and we wish you all the very best in your next challenge.

Staying on the staffing of Folksy, Andrew Pendrick has joined full-time as Design Director. Andrew has only tinkered with Folksy until now, but he is leading the re-design work the first phase of which will launch in October. We’re all super excited by his initial wireframes and sketches (except Doug and Rob who start to sweat with the amount of coding that needs to be done). Frankie Roberto will also be joining Folksy later in the summer as Front End Developer and UX Lead (he’s already started on some project work). The core team to fulfill Phase II should be in place by September and we’ll look to expand on that team as we resource our project work.

We’ve got big plans, but we also know that we need to get some of the basics right first and our plans for the next eighteen months looks to address existing issues as well as progressing the service to be the best platform for modern British craft. Thanks for being part of the journey so far. We hope you’ll continue to work with us and support us during Phase II.

Why you should take up knitting! (part 1)

Sounds very exciting – especially the repeated mention of Modern British Craft. I look forward to seeing what comes next!

and looking forward to seeing any new changes….

this is brilliant news! as someone who is trying to expan this into a full time business am very excited to hear about the changes to the site and new ways for buyers to discover our shops.

also good luck Hilary, your blog posts have been invaluable and i’m still learning from them.

I hope Folksy doesn’t change too much as I really love the look and feel, so much nicer than Etsy, Artfire, Zibbet and many of the other craft marketplace sites that I have encountered. When you say it requires investment I hope you mean this will come from corporate sponsors rather than from increased fees from us ‘poor’ crafters.

Thank you for keeping us informed as always. I wish Hilary all the best on her new projects, she has done Folksy proud. Zoe x

Good luck Hilary !! Oooo, looking forward to seeing the improvements although Folksy is perfect just the way it is :). Thank you all the team at Folksy for making it a joy to use, Nic xx

Great stuff. Looking forward to seeing some new stuff! Thanks for all your great work Hilary x

Good luck to Hilary, and I’m really looking forward to seeing the new developments at Folksy. It’s a great site and I’ve been thrilled with the response and sales I receive from here.

Hilary has been brilliant and I’m sure she really appreciates all your comments. You can, of course, keep in touch with Hilary on Twitter http://twitter.com/#!/haptree

@Sally Barrett – The design will be an evolution and not a revolution. But it will be changing, making it easier to browse and get around. And no, the investment is all commercial and there isn’t any planned increase in the fee structure. We want to remain competitive.

Thanks folksy for keeping up dated. Sorry to see Hilary go though. Well kent face she is on folksy. I love the feel of folksy and feel at home here so will be intresting to see how things go. Im glad things are going well and its been a great platform for me too. Thanks againXXX

Exciting stuff! I think Folksy has a great to start out with but agree that it could do with some tweaking here & there to make it more user friendly for both buyers & sellers.

Hilary deserves a HUGE pat on the back for all she’s done to raise folksy’s profile – the blog was nothing when she took it over, and now look at it! And as for twitter and facebook…well, I’m just glad I will still be able to bend her virtual ear for advice when needed! Thanks Hilary :-)

Sorry to hear Hilary is leaving the team – fabulous to read about the potential changes happening to Folksy over the next year.

Looking forward to seeing the changes – it all sounds like good news for us shop keepers and our current & new customers. Best of luck with the developments and another vote of thanks forHilary’s excellent support. x

Sounds really exciting! Keep up the good work on the SEO, won’t you? Folksy is consistently high on the search engines which is great for us sellers.

Great to hear the enthusiasm of the team and excitement for what lies ahead for Folksy! Can I put in a request for a more prominent ‘Supplies’ section while you are thinking of changes to make to the site, please? :)

It’s lovely to read something so positive regarding the site after all the moaning on the forums recently!
Looking forward to the improvements.

this is great news! In a very competitive marketplace, I am sure Folksy will go from strength to strength. As it is, it’s easy to use, the forums are brilliant and it looks good.