Popular Posts
Buy Less, Buy Better, Buy Handmade
Craft Fair Secrets – How to Make a...
How to take product shots on your phone
How to sell more at markets, craft fairs...
Craft Fair Secrets – How much stock do...
How to choose the right social media channel...
Meet the maker: The Cornish Coaster Company
Craft fair inspiration – big ideas for small...
Meet Sara Tasker from Me and Orla –...
The best Instagram hashtags for craft and handmade
How to find your confidence as an artist...
10 fun gifts for teachers to make with...
The best Instagram challenges for makers & why...
Craft Fair Secrets: Not sold much? Here’s why...
Everything you need to know about tax if...
Meet John Bloor – the printmaker carving beautiful...
Home Seller TipsCraft Fair Advice Craft Fair Review: Pretty Dandy Flea
Craft Fair AdviceCraft Fair Reviews 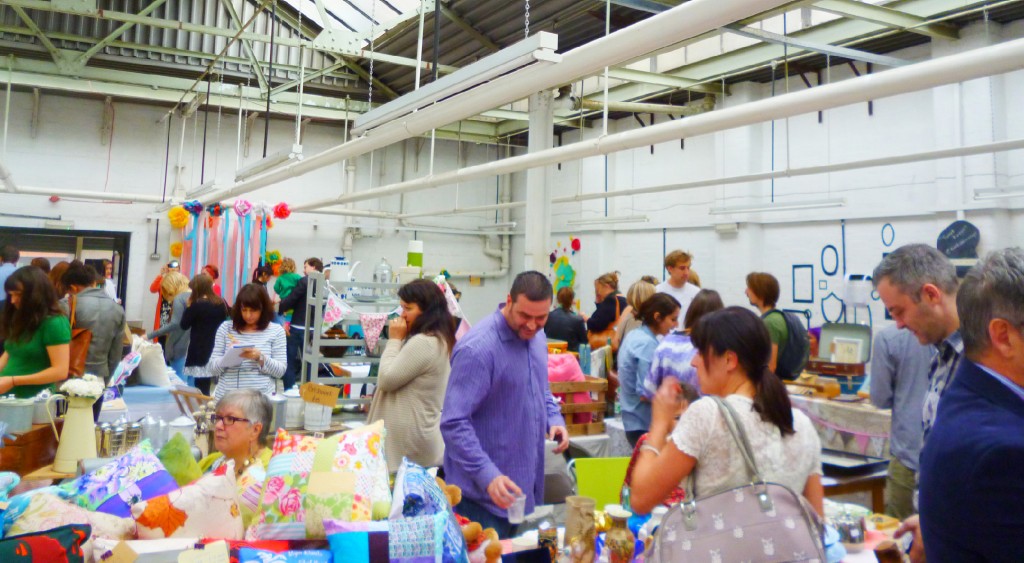 I’d attended previous Fleas as a customer, so I was really excited about taking part in this one. The Vintage Warehouse is a large venue, and it could so easily have felt cold and industrial, but Becky and her team of volunteers managed to make it feel cosy and welcoming through their choice of layout, decorations, and a chill-out area. The space was well lit, with lots of natural light coming in through the roof, and the aisles were wide enough for customers to move around easily. They had music playing all day, and wandering comedy tea-leaf readers creating a great, fun atmosphere. 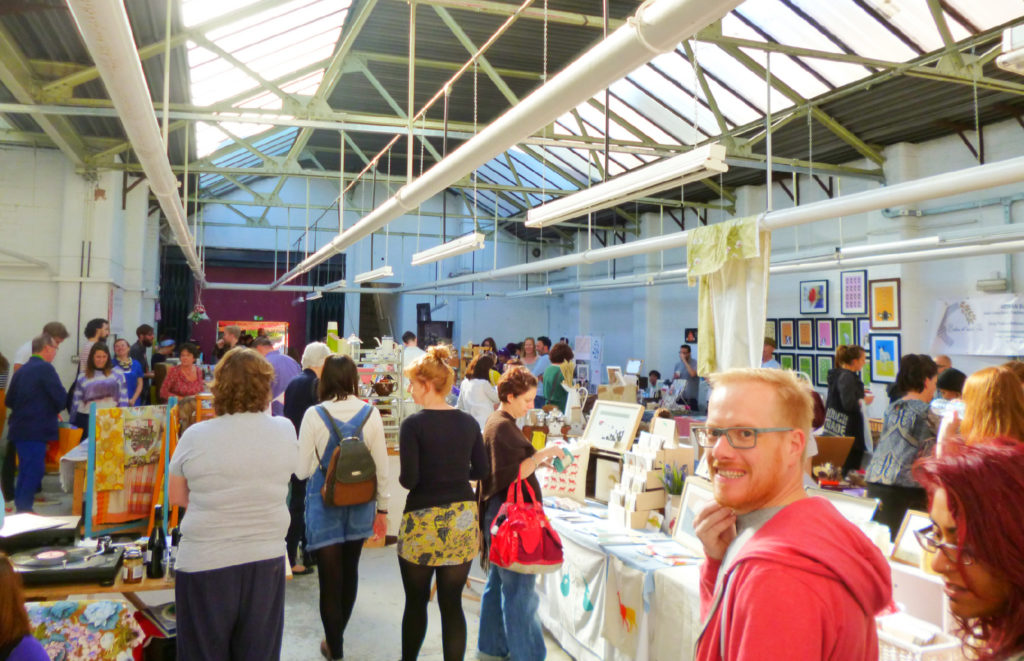 The Flea was busy from the moment it opened, with a steady stream throughout the day. The customers ranged from the very young to the young at heart. People seemed to stick around, making two or three passes of the stalls, having some cake and a cup of tea, and coming back around again. It was a well-organised, well-advertised event. There was lots of promotion beforehand, and then on the day a team of volunteers handed out flyers in the centre of Nottingham, encouraging people up into Hockley and into the venue.

It felt like a real family-friendly event, with a café where people could take a break and workshops going on throughout the day. There was a good mix of stalls, some selling vintage wares, some selling food, and lots of great makers. This attracted a really varied crowd. I had a great time chatting to lots of interesting people. 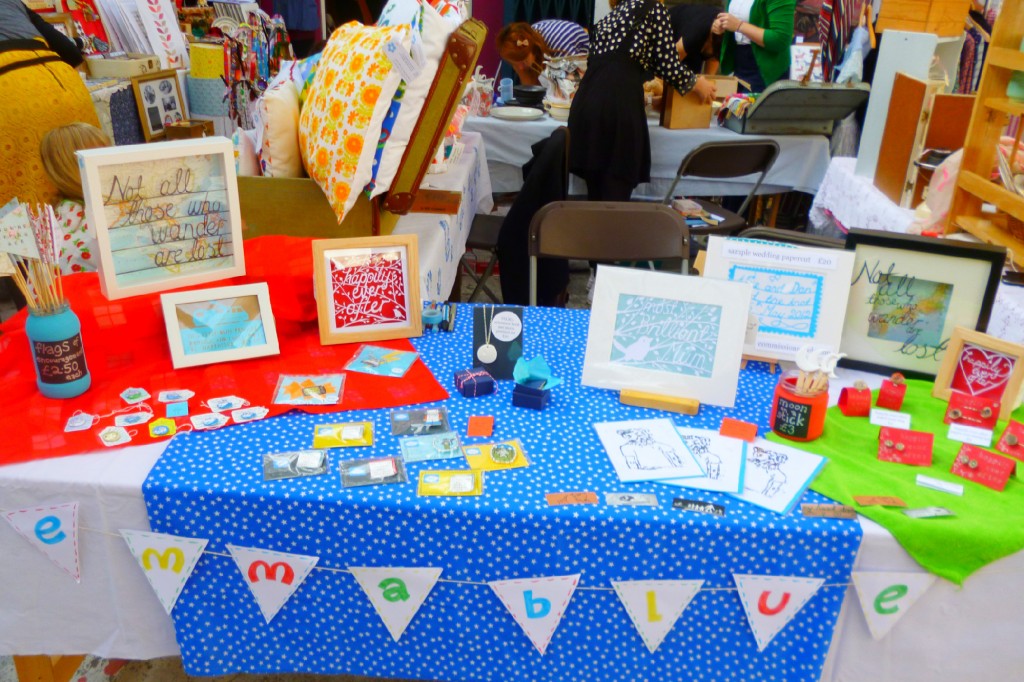 My Emma Blue stall at the Pretty Dandy Flea

As well as selling lots of things, I took a number of orders for bespoke papercuts, which is always great. I love creating something that’s one of a kind and just perfect for that person. Weirdly, I had three separate orders for my map papercuts, all for brothers who were travelling around Australia. Maybe there’s something in the water in Nottingham? Another best seller was my Breaking Bad-inspired papercut.

There were so many brilliant makers at the Flea. I had a sneaky scout around, and fell in love with the gorgeous fabric homewares of Modflowers, Louise Wright’s playful illustrations, James Green’s linocuts, and the wonderful book-themed wares of The Forgotten Library. It’s just as well that I was travelling home on the bus – if I’d been able to carry one more thing, I might have spent a fortune! 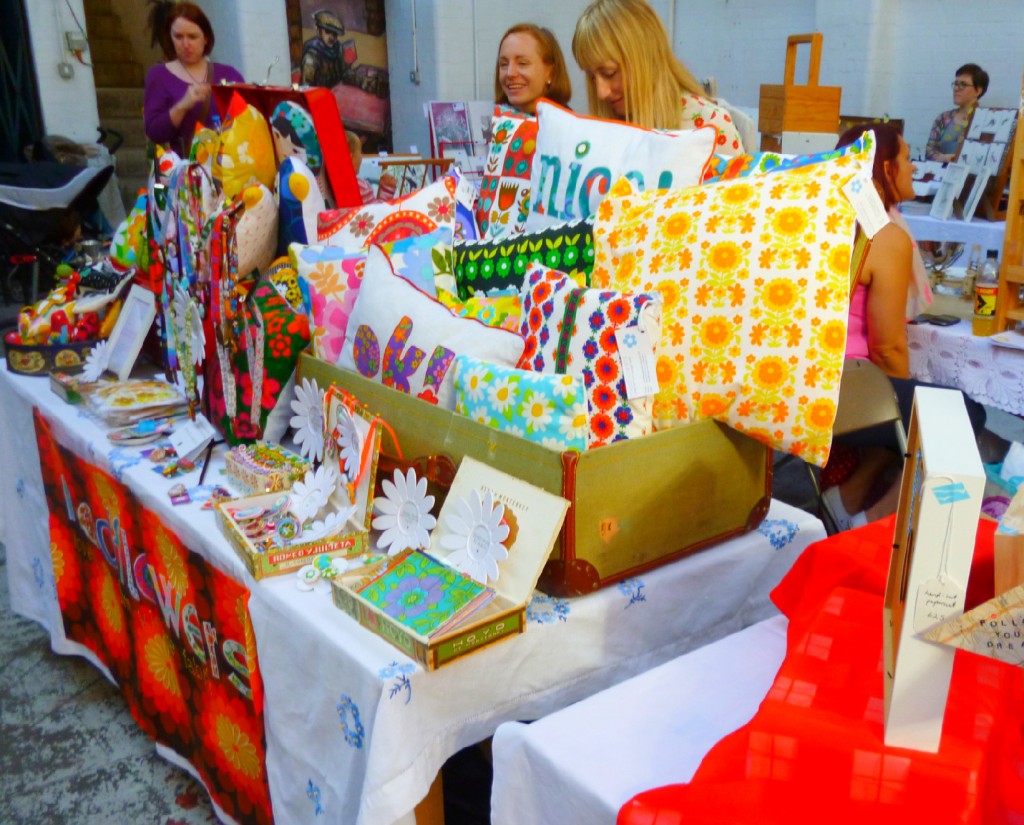 Announcing the first of our specially commissioned Folksy shop banners

Craft Fair Secrets – How to choose the...

How to get noticed at craft fairs –...

Craft Fair Secrets: Not sold much? Here’s why...

I Am Acrylic: the evolution of our market...

I love this idea of Flea market reviews. I live in the U.S. down south and am planning on trying out Flea markets this summer in The Atlanta, Ga. area.
Did you find that you sold enough and made enough new contacts to make it worth your time and effort?
Thank you.
Ms. Scarlet Faith

Sounds so good that am off to investigate Pretty Dandy Flea! Great review Emma Blue. :)

Good idea, great review and lovely photos. Looks like a really light space too so a great place for a fair – thanks for sharing Emma Blue.

I’ll be at Ely Cathedral with my ARC Jewellery stall in a few weeks time so would love to write a review for that. It’s a great event (if last year is anything to go by) and the venue really gets people into the festive spirit.