Popular Posts
Buy Less, Buy Better, Buy Handmade
Craft Fair Secrets – How to Make a...
How to take product shots on your phone
How to sell more at markets, craft fairs...
Craft Fair Secrets – How much stock do...
How to choose the right social media channel...
Meet the maker: The Cornish Coaster Company
Craft fair inspiration – big ideas for small...
Meet Sara Tasker from Me and Orla –...
The best Instagram hashtags for craft and handmade
How to find your confidence as an artist...
10 fun gifts for teachers to make with...
The best Instagram challenges for makers & why...
Craft Fair Secrets: Not sold much? Here’s why...
Everything you need to know about tax if...
Meet John Bloor – the printmaker carving beautiful...
Home Seller TipsCraft Fair Reviews Craft Fair Review : Ely Cathedral Christmas & Food Fair

Craft Fair: Ely Cathedral Christmas Gift & Food Fair 2013
Reviewer: Angela Connah from Folksy shop ARC jewellery by Angela R Connah
Venue: Ely Cathedral, Ely, Cambridgeshire
Dates: Friday 15th and Saturday 16th November (preview evening on the Thursday)
Cost of stall:  £130 + (depending on size, type etc)
Entrance fee: £2.50 (Children free)
Crowd:  A really good mix, lots of family groups – all keen Christmas shoppers.
Footfall: Around nine-thousand people came over the weekend!
Organisation: Incredibly well organised, with an emphasis on attention to detail.
Sales: I sold 50% more than at the same event last year, so I was delighted.
Would you do it again?  Definitely! I would love to be there again in 2014. 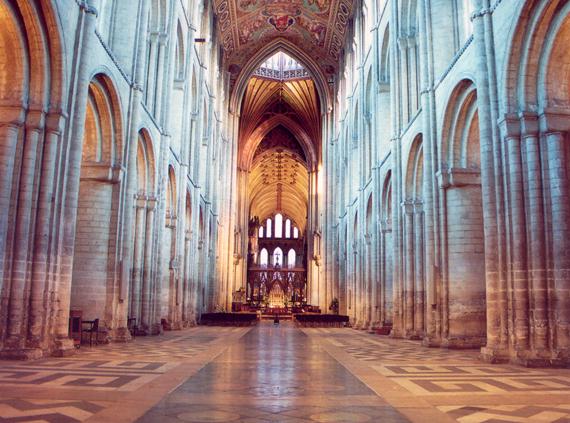 For those of you that have never seen Ely Cathedral but have watched The King’s Speech, Elizabeth: The Golden Age or The Other Boleyn Girl, you probably have without realising it. It’s a magnificent and imposing building steeped in history and character. The event was mostly on one level, but where there were steps ramps were provided for pushchairs and wheelchairs. It was dimly lit as most churches and cathedrals are, however that just added to the atmosphere as stallholders were encouraged to decorate their tables with lamps and fairy lights, giving a warm Christmassy glow. There was a carousel outside as well as a large marquee for catering and cookery demonstrations, the Lady Chapel was turned into a food hall, and the main areas of the cathedral became an avenue of stalls selling gifts and cards, arts and crafts, and home décor.

There was a wonderful festive atmosphere, made more special by the Cathedral choristers who sang carols throughout the event. Shoppers wrapped in hats and scarves came in from the cold to look for unique and unusual gifts while excited children went in search of Santa and his reindeer (yes, real reindeer!). It was a magical atmosphere that really got people in the mood for the festive season.

There was a constant flow of visitors throughout the weekend – apparently around 9,000 visitors in total! People were queuing outside the doors to get in on each day, and it didn’t really ease up very much from the minute the doors opened. I was very grateful I had my husband along to help out, I would have struggled on my own.Visitors seemed to be made up from a mix of local people, large family groups, and overseas visitors.  There were also several coach parties who had arrived from further afield to make a day of it. Many of the people that visited on the Friday returned on the Saturday to bring friends and family members. 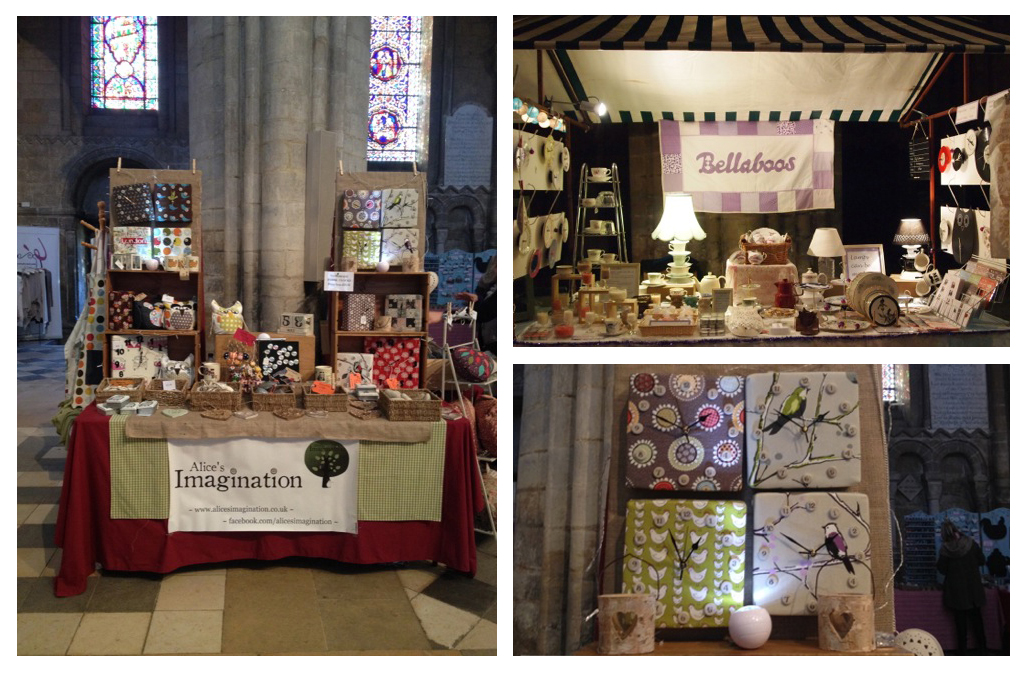 Alice’s Imagination and Bellaboos at the Ely Christmas Market

Among the other sellers there were Rebecca Curtis from Alice’s Imagination, who was selling her handmade fabric clocks, cushions, gifts and home décor, Nicole Orsi of Red Berry Hill with her original designed cards and prints, Annabelle Greenwood of Bellaboos with her beautiful vintage china upcycled into table lamps and wall clocks, and Christine Pike and her wonderful ceramic creations. I always meet some interesting and eccentric characters at craft fairs and it’s lovely to hear about other people’s arts and crafts. The TV chef Alex McKay (from Ready Steady Cook) was there too – I didn’t exactly get to meet him but I did get a glimpse from a distance. 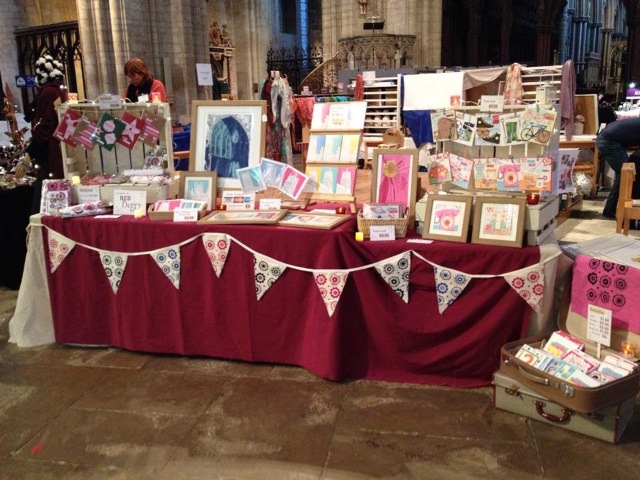 Months and months of planning go into this event. It brings a lot of business into the town, so there are a many people involved in the planning and it is extremely well organised. There were volunteers on hand to help stallholders set up and pack away, and staff came around with baskets of food and bottles of water for the stall holders that didn’t get chance to grab lunch. That sort of thing just goes to show that someone has put a lot of thought into the needs of all those involved in the event – not just the visitors, but the exhibitors too.

The event had been advertised really well beforehand – there were radio adverts, banners, posters, and newspaper advertisements. Coach companies from other counties organised day trips to the event too, so it was advertised far and wide, not just locally. It’s only once a year and is a big event for a small market town, so there is a great build-up – everyone in town talks about it because so many local people and businesses are involved.

My sales were up 50% on last year, so I was delighted and luckily I was well prepared with plenty of stock. I also gave out a lot of business cards so hopefully that will generate some more online business too. My larger hallmarked pieces of jewellery sold particularly well, which I was very pleased about, as did my £10-£20 pairs of earrings. I find it’s useful to have items to suit all budgets at an event like this.

I would definitely recommend this event to other sellers – everyone is very friendly and helpful and there’s a lovely atmosphere. It’s a great way to kick off the festive season!