Popular Posts
Buy Less, Buy Better, Buy Handmade
Craft Fair Secrets – How to Make a...
How to take product shots on your phone
How to sell more at markets, craft fairs...
Craft Fair Secrets – How much stock do...
How to choose the right social media channel...
Meet the maker: The Cornish Coaster Company
Craft fair inspiration – big ideas for small...
Meet Sara Tasker from Me and Orla –...
The best Instagram hashtags for craft and handmade
How to find your confidence as an artist...
10 fun gifts for teachers to make with...
The best Instagram challenges for makers & why...
Craft Fair Secrets: Not sold much? Here’s why...
Everything you need to know about tax if...
Meet John Bloor – the printmaker carving beautiful...
Home Seller Tips Trade Show Review: Pulse London 2014 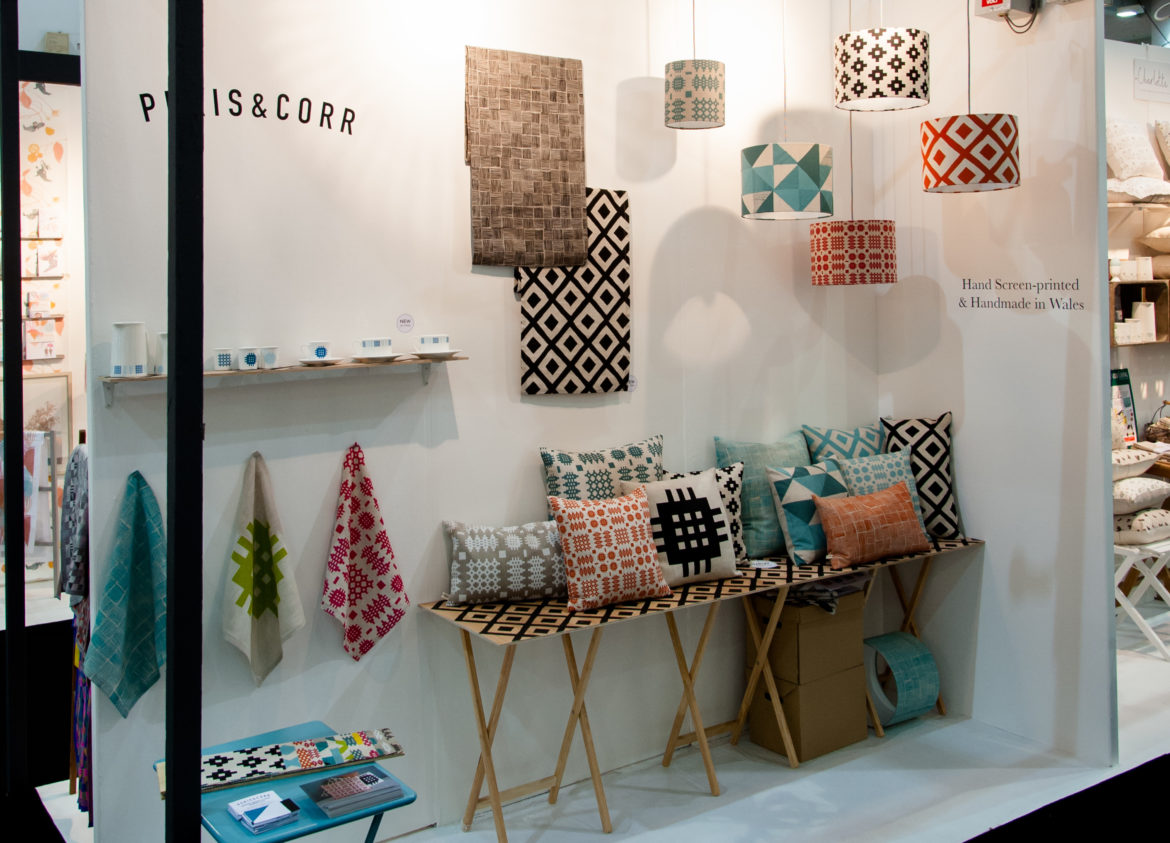 Pulse is an established London trade show with a reputation for showcasing the best new design-led products. As shows go, it’s not the largest, but with over 500 exhibitors it’s big enough that you want to get a good stand location and maximise your chances of being found by buyers. 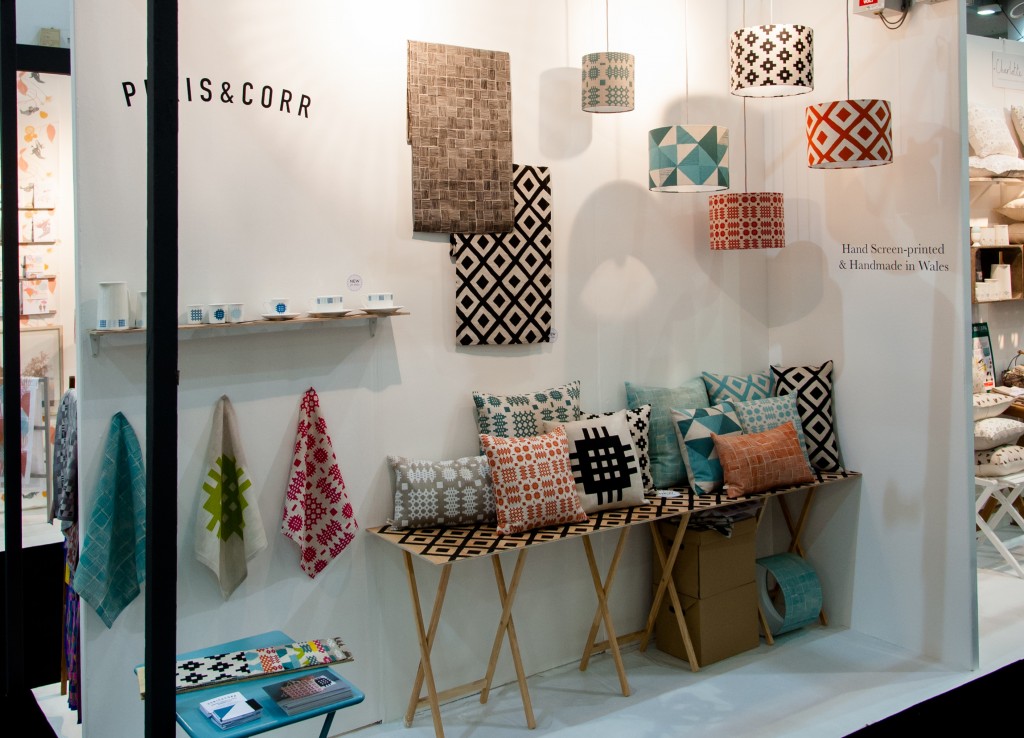 For this review I spoke to Charlotte Macey Textiles, Peris and Corr, Jenny Sibthorp, Katie Spragg and Boodle, who are all Folksy sellers and took part in the show. Most of these sellers were in the Launchpad section of the show: an area dedicated to showcasing fresh talent, new brands and independent designers. There are pros and cons to this area. The main benefits are that the stands are cheaper than the rest of the show, you’re singled out for being new and you’re in an area with lots of other people in the same boat. Stands in this section begin at around £900 for a 3 x 1m stand. A similar stand in the main show would work out at around £1500, so it’s a good starting place for a new exhibitor.

All of the exhibitors I spoke to were happy with the logistics of the show, the ease of setting up and the venue itself. However, other aspects of the show received some mixed reviews. Footfall seemed lower than in other years, with quiet periods on all three days. Having exhibited at Pulse before, I felt there were fewer buyers than usual, but that doesn’t necessarily mean the number of orders were down. Experienced exhibitor Charlotte from Charlotte Macey Textiles reported an increase in orders compared with previous years, which could also be because her products and brand have become more established. 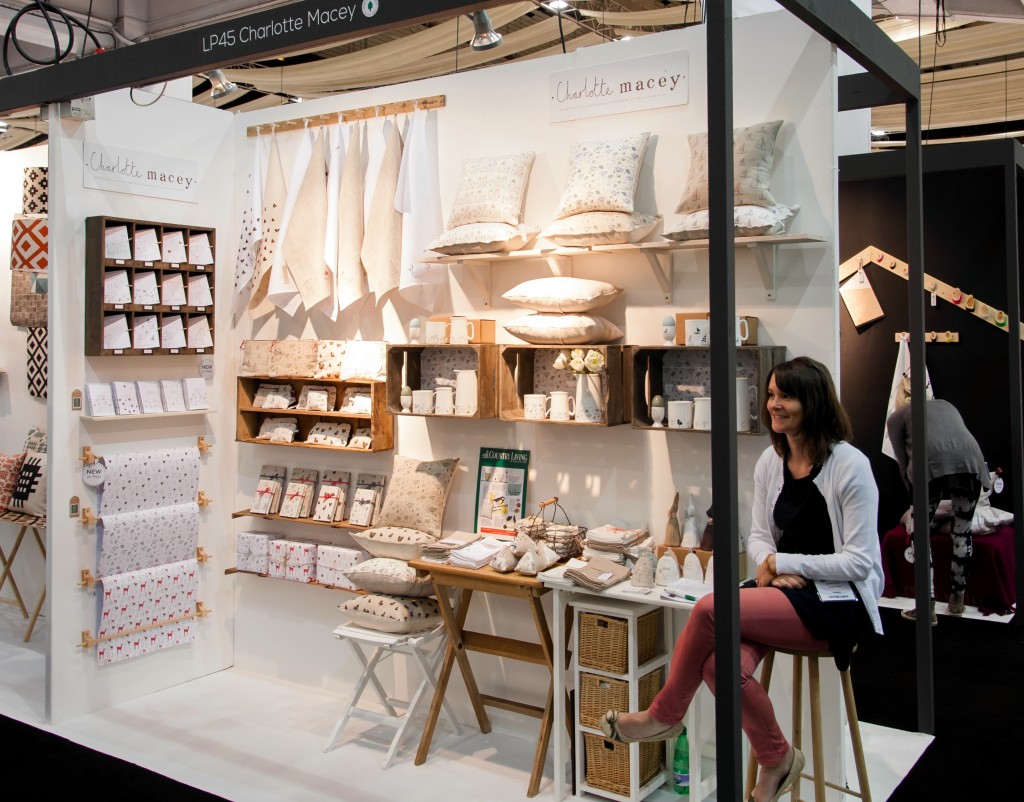 Most of the Folksy sellers I spoke to were exhibiting at Pulse for the first time. Jennie from Peris and Corr admitted they didn’t know what to expect from their first trade show but reported “good sales from some lovely independent shops”. This brings me to one of the cons of being a new exhibitor and the Launchpad section in general. It’s true that buyers like the latest new thing, but they also like reassurance that they are buying from someone with experience who can fulfil their orders. Some buyers I met when I first started out waited a long time before ordering from me, and I don’t mean a couple of weeks but sometimes a couple of years (or more)! If you are on the trade show scene year after year, then you are evidently still in business, and the buyer can see that your brand is established – something I think is very important.

Playing the long game isn’t much comfort though when you’ve got costs upward of £1,500 to cover. Beth from Boodle, for example, felt frustrated that she didn’t receive any orders at the show and that she had opted for a larger stand. “I felt a bit over prepared in terms of promotional materials and I probably went for a stand that was too big. I wish I had gone for a smaller stand and spent less money on promotional materials.” These additional costs always need factoring in. Having printed material to hand out is essential but it adds to the spend, as do endless cups of tea, petrol, parking, accommodation, lighting, cladding, signs. The list is endless. 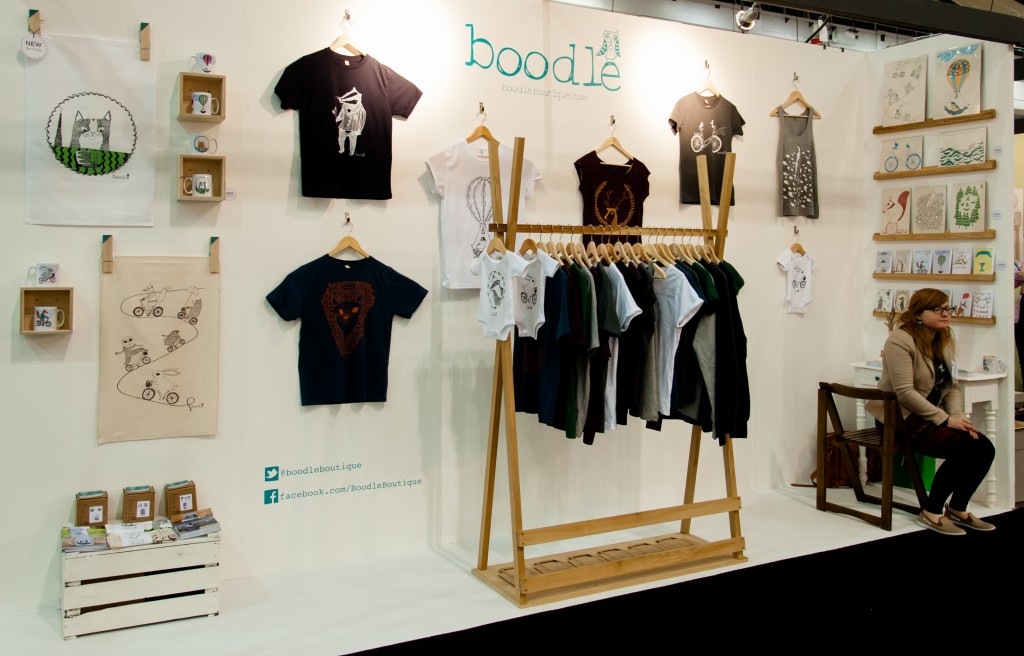 Both Jenny Sibthorp and Katie Spragg booked stands just a few weeks before the show. Katie had shown successfully at Craft earlier in the year and felt encouraged to try another trade show. She says: “One of the best things about doing the show was having the opportunity to talk to people I’d met before (mostly as Craft) and show off what I’d been up to and my new work. This orchestrated some of the most valuable conversations.” She adds that: “There did seem to be a good standard of buyers at Pulse, but they were perhaps more commercially orientated and less ‘crafty’, so maybe not as well suited to my work.” 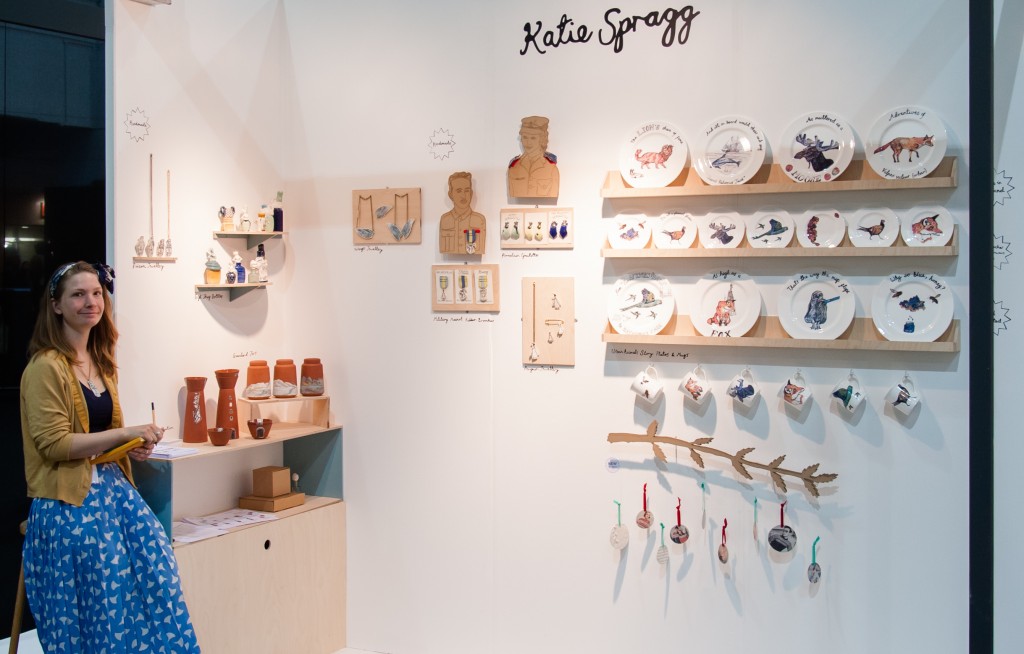 With little time to prepare for the show Jenny Sibthorp felt her planning would have been different if she’d booked further ahead. “Having more time to prepare my stand and a proper look-book for interested parties would have been fantastic, but in the time available I did as much as I could! It’s been a very steep learning curve about what is required for next time. For me, this would be: a stand plan, a look-book to hand out, order forms, and postcards etc.” Jenny’s experience was in contrast to Beth, who had booked her stand back in October last year and felt over prepared. Planning the stand is essential though – having paid all that money you really need to maximise the space you have, and that should be a priority of any show. 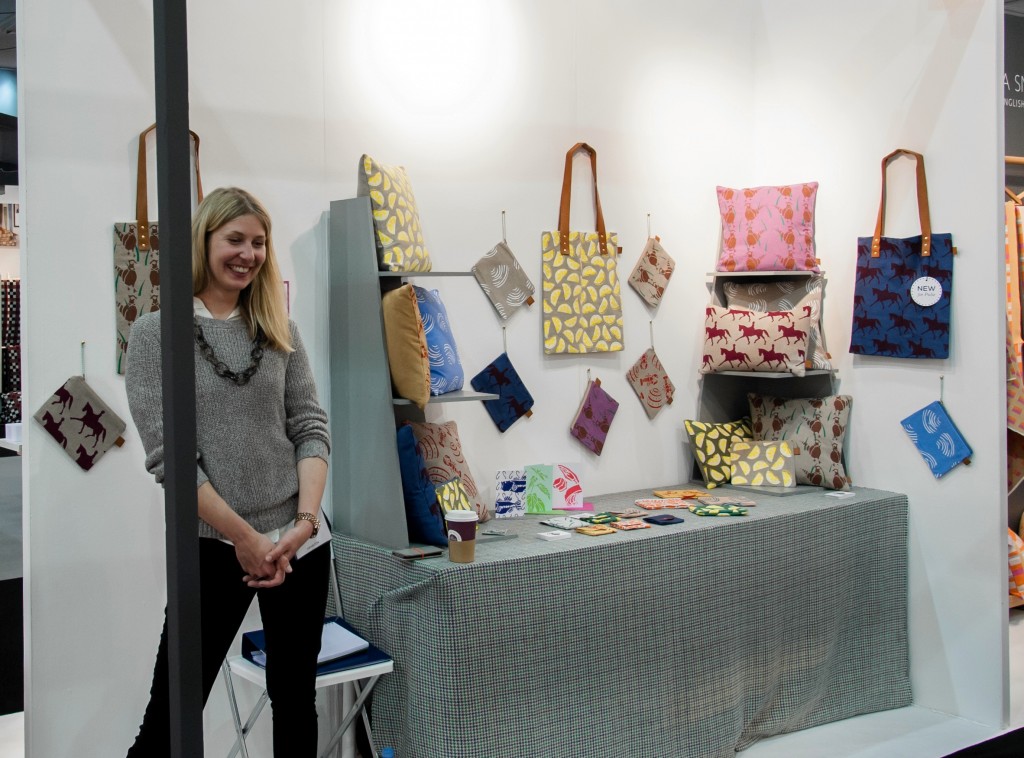 What all new exhibitors have in common is the steep learning curve you experience at your first show. Meeting similar designers, sharing experiences and ideas really helps. Pulse is a show that designers like exhibiting at for this very reason. Jenny says she would recommend Pulse “purely for the amount of knowledge and information shared with other sellers – that’s been invaluable”. She adds: “Getting to meet a really wide range of retailers and hear professional feedback about my products was really useful, and it’s been particularly interesting to find out what appeals to different shops, boutiques, locations and countries.” 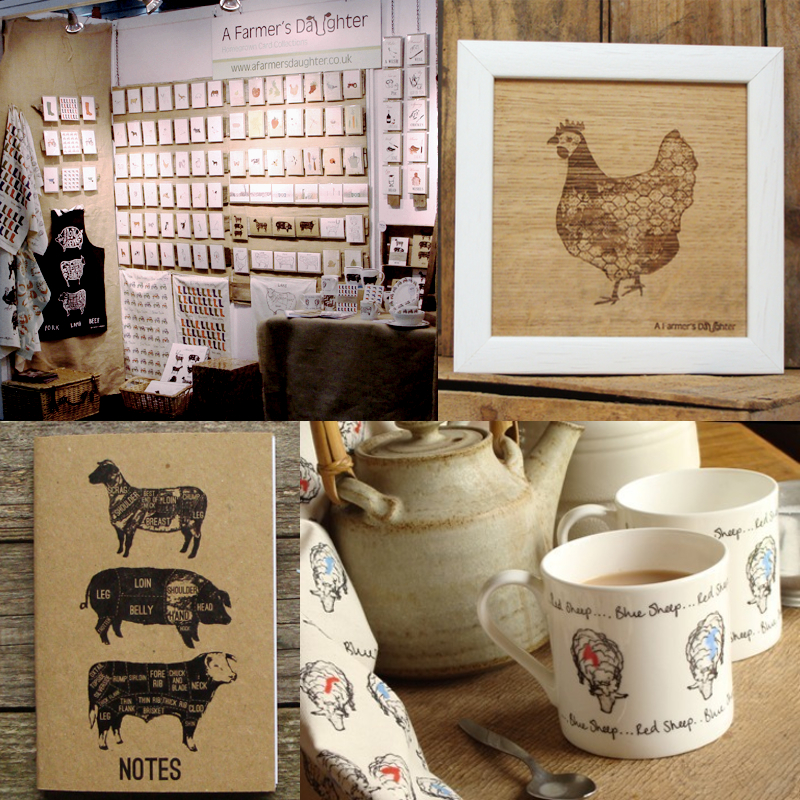 The sellers I spoke to make different products from one another, so it’s not always a straight comparison. A good show for one person may be less successful for another. Measuring the success of a trade show is always a tricky business, especially if it’s your first one. My own expectations have changed a lot since I first started exhibiting, and I now recognise that it’s good to reflect on a show not only in terms of sales but also the exposure you gain and the professional contacts you make. It’s also an opportunity to make friends. Being a self-employed creative can be a lonely occupation, so three days in the company of others should be something to make the most of.

I think Pulse retains its reputation as a show for the independent designer. It’s not dominated by big companies like so many of the other London shows. Charlotte Macey sums it up nicely: “If I were a buyer, it would be the trade show I wouldn’t want to miss.” I agree. Pulse attracts a range of good buyers, including independent shops, larger retailers and international buyers, and most of us would recommend the show based on our experience this year. The outcome of the show really begins after it’s all over though, so following up leads and keeping in touch with buyers over the coming months will reveal the true success of the exhibition.

Next year Pulse moves to a new venue, Olympia. This will inevitably mean the show changes, but how and to what extent we’ll have to wait and see.