Popular Posts
Craft Fair Secrets – How to Make a...
How to take product shots on your phone
How to sell more at markets, craft fairs...
Craft Fair Secrets – How much stock do...
How to choose the right social media channel...
Meet Sara Tasker from Me and Orla –...
Meet the maker: The Cornish Coaster Company
Craft fair inspiration – big ideas for small...
The best Instagram hashtags for craft and handmade
How to find your confidence as an artist...
The best Instagram challenges for makers & why...
10 fun gifts for teachers to make with...
Everything you need to know about tax if...
Dear George: making jewellery with resin, wood, skill...
Craft Fair Secrets: Not sold much? Here’s why...
Home Seller TipsBusiness Tips On The Money 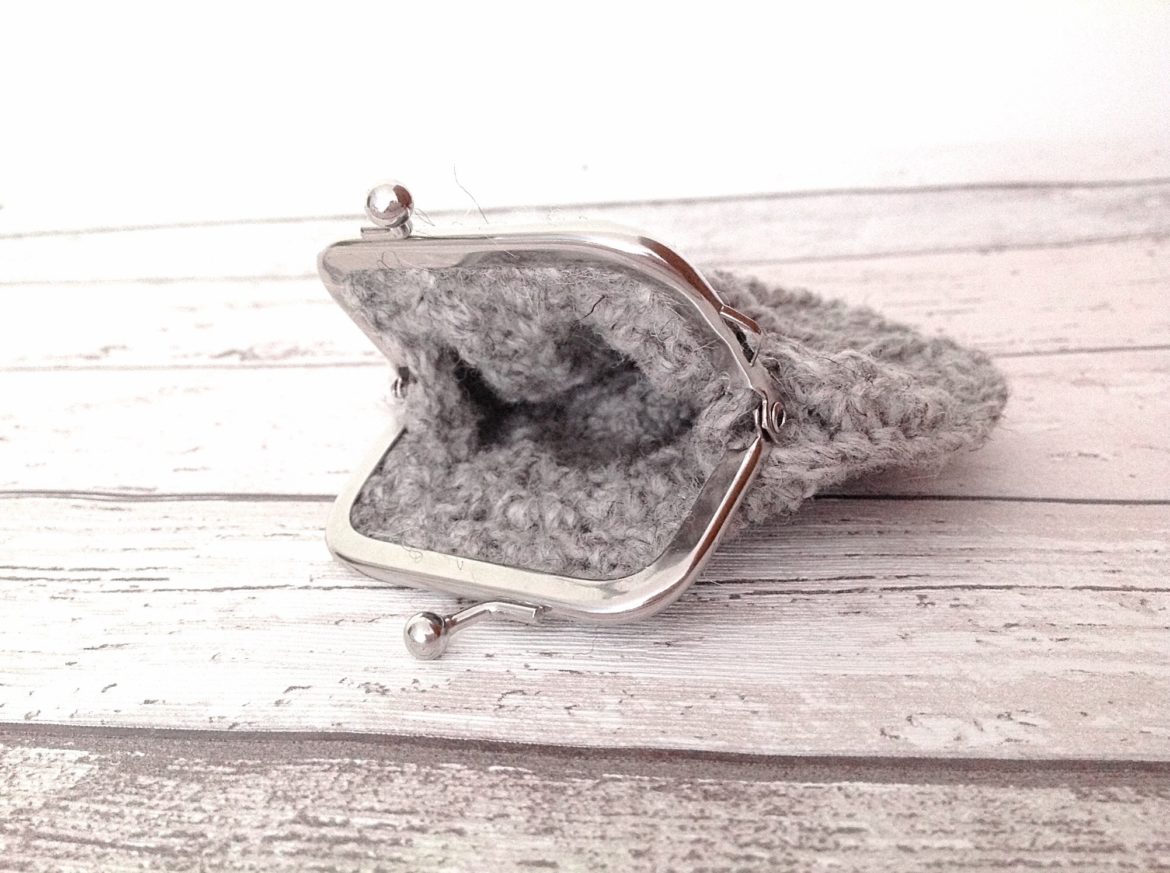 Money. Let’s be honest, most makers don’t make millions of it but without it you don’t have a business. So how can you make money, and why is it that most designers and makers don’t aspire to earn big bucks? Should it be enough to make for the love of it and only expect to gain a little in return. Is it even possible to earn a living as an independent maker? How have other people succeeded? These are the sorts of questions that a new conference, The Money, will address when it brings together real makers and their real experiences, not financial experts or funding organisations, to tell their stories about money, how they make it and what it means to their creative businesses. We caught up with the organiser Matthew Locke to find out more…

There is an idea that lots of designers and makers hate dealing with the money side of their business, and that creative people are often quite bad at the ‘business’ bit. Do you think think that’s true?
I think this has been true, and generally people working at something they love do it for reasons that aren’t to do with money. But it’s never been easier to take control of the financial side of your business, with great online tools and networks, so that is what we want to discuss at The Money.

Do you think people working in the creative industries find it hard to talk about money?
Yes! I’m not sure if it’s just creative industries, or more generally a British culture thing, but we do find it hard to talk about money. This is an issue, though, as it means many of us don’t discuss or understand the value of what we do, and don’t know how to balance our creative activity with making a living.

We often hear that it’s hard for independent makers to earn a living from their work alone, without another form of income to support them. What’s your experience of that?
I’ve been lucky, in that I worked as a curator and then commissioner in organisations, so until I started my own company I had a salary to pay the bills. But for the last three years I’ve been running my own business, so I know first-hand what it’s like to have to generate your own income. My wife, Holly Swain, is a children’s book illustrator, so I’ve seen how hard it is for someone like her to find income and support for her creative work. Lately, she’s been more responsible for her own income, selling her work on Folksy and running Open Houses, as well as having an agent for her published work. I think having hybrid funding models like this is the reality for most creative people these days, which is what we want to explore at The Money.

What would you say are the biggest money-related problems makers face?
One big issue is the fact there are so many hybrid funding models out there now, and it’s really up to us all as individuals to find the ones that work for us. Even as recently as 5-10 years ago, it was more common for artists or makers to have a single agent or company representing their work, but this has changed a lot. Learning what business models would work best for your creative work – whether this is commissions, direct sales to audience, crowd-funding, patronage, sponsorship etc – is the biggest challenge right now. Everyone has to have a hybrid funding model, but it’s easy to point this out – making it work is much, much harder.

Has the process by which makers can find or make money changed in recent years?
Yes – the internet has opened up many new forms of funding, from crowdsourcing to direct sales via platforms like Folksy. It’s never been easier to run a business to represent your creative work, but a lot of these skills are new to most creative makers, and it takes time to get experience in things like building an audience, managing a community of fans, and learning how to price your work.

Can you explain the idea behind The Money?
It came out of running The Story, an event about storytelling in many different sectors that we’ve been running for five years. One of the speakers last year, Bryony Kimmings, is a performance/theatre artist who wrote a great blog post about how theatres were asking her to tour her work for less than it cost her to make. She started a really interesting debate in the theatre world about funding and revenue models, and we saw lots of similar debates among authors, artists and people in film and television. The Story has always been about sharing knowledge between creative sectors, so we thought there was an opportunity to start a new event to share experience and insight about money across sectors as well.

What are you hoping will happen during and after the event?
I’m hoping it will start a really interesting conversation about what it means to support creative work now. And importantly, this conversation will be between creatives and makers themselves, rather than the usual stuff we hear from funding organisation and companies. Normally at events about money, the people on the stage are the ones with the money, and the people who actually make stuff are in the audience. I want to hear from other makers, so The Money has shifted this: the people on the stage are the ones who are actually making stuff, and anyone at the event from a funding organisation will be sitting in the audience, listening. I think this might be quietly revolutionary.

The speakers you’ve lined up include major film producers and publishers. Do you think it will be relevant for independent designers and makers too?
Of course! We work with publishers, film companies, broadcasters, arts organisations and individual artists, and believe me when I say that we’re all in the same boat right now. We’re all learning about how our relationship to the audience has changed, and we’re all learning what this means for our funding and revenue models. No one has all the answers yet, but we can all learn a hell of a lot from the experiences of people in other sectors.

Finally, do you think there is a secret to making money?
No – this is the most interesting thing right now. There’s no single secret, but someone in another sector might be doing something really interesting that you could use to support your own creative practise. The Money is an attempt to share secrets between makers, so we can all get better at getting money. 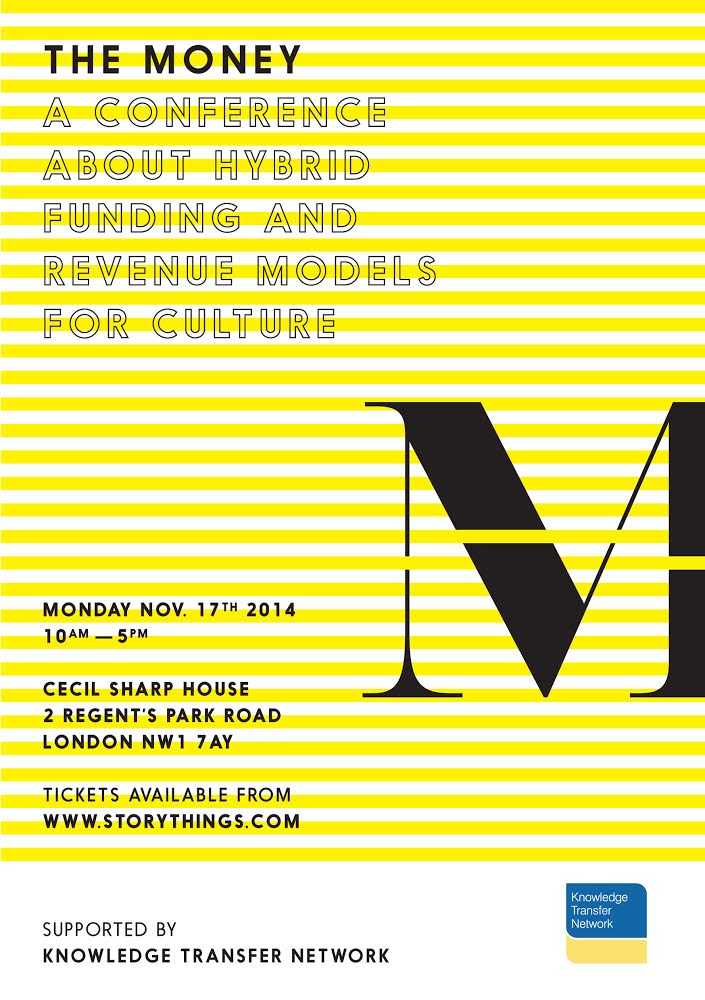 The Money takes place on Monday 17 November in London.

Tickets cost £50 +VAT and there is a special discount for Folksy sellers. The first 40 people to sign up using the discount code ‘folksy friends’ will receive £5 off the ticket price. Just enter the promotional code when you book your ticket.

You can find more information about the conference and a list of the speakers lined up on The Money Conference website.

Win a copy of Kitchenalia by Vinny Lee

A Self Assessment guide for your handmade business...

Ask Leona! Send in your questions for our...

How to write better to-do lists that inspire...

How to make a simple but effective action...

How to create a best-selling Mother’s Day gift

What is influencer marketing – and how can...

How to spot a scam email when you...