Home folksyhour How to be original

“You have to find your own handwriting. There’s no point in copying other people. You’ve got to find what’s unique to you.” This quote by Donna Wilson on Woman’s Hour’s Craft Special sparked the theme for last Tuesday’s #folksyhour where designers and makers from Folksy discussed the issue of originality and the inspiration that fuels this. Sally Hawker from Sally and the Freckles talks us through the conversation and summarises some of the points raised. Do you agree with what was said? Let us know your thoughts by leaving a comment… 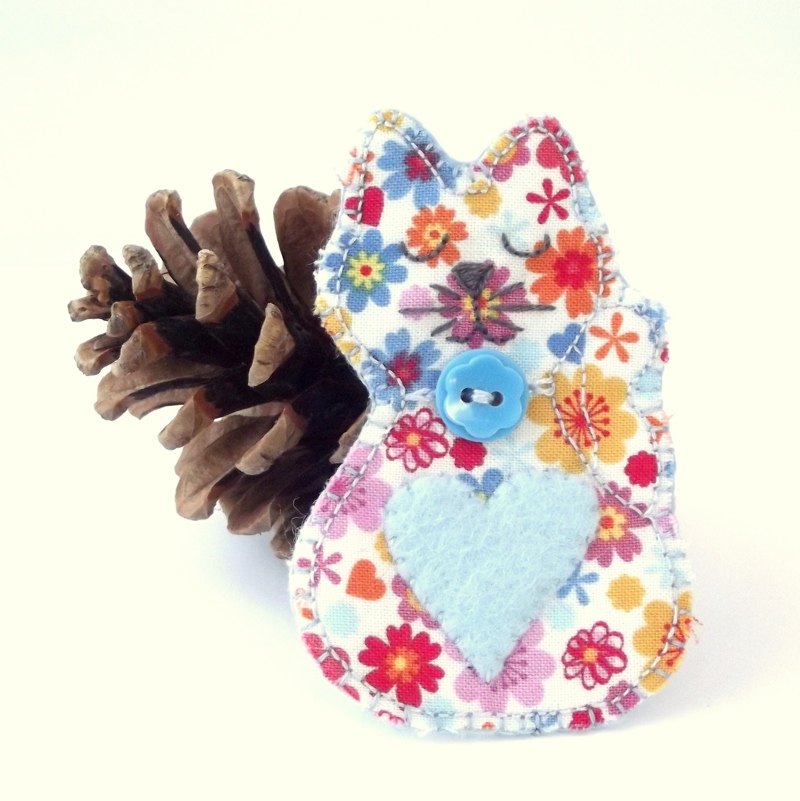 I get inspired by colour combinations – an old blue door set in a red brick wall, colours and nature and textures too

The hour kicked off with a chat about what inspires us to create. Gemma from Jurassic Panda said she finds inspiration in her daydreams, while many of us identified nature a source of inspiration for our work: for Yvonne from Yvonne Law Jewellery that comes from the garden, the beach and woodlands, while for Fiona from Crafty Gallery it’s the power and movement of the sea that she finds most inspiring.

Colour was found to be rich source of inspiration too – both Emma from Raspberry Designs and Anthea from Forest Flower Designs cited colour as an inspiration, and Kath from Kath Heywood Designs added that she looks for colour combinations in the natural world around her to ensure her work is original.

Anthea also raised the point that the process of learning a new skill can inspire us to create. Experimentation was found to be a good starting point for coming up with new ideas too, such as using a new medium or finding new ways of working with your existing materials. Helen Smith, for example, likes to transfer techniques from one medium to another.

Vicky from ThisIsLullaby and Roz from Rozcrafts both said they were inspired by the fabrics and materials they work with. Other sources of inspiration came from our friends and family, our pets, the environment and upcycling – and Pinterest, of course.

How to find your own ‘handwriting’ 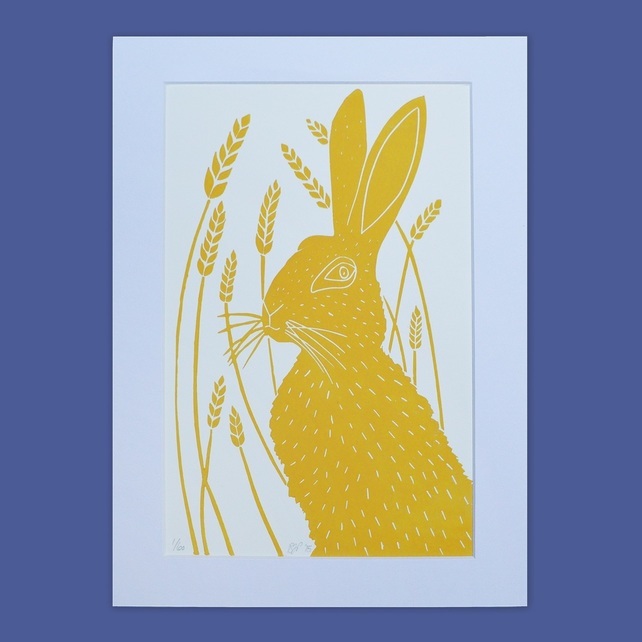 – Ben from The Owlery

Folksy asked whether people had found their own style – or ‘handwriting’ as Donna Wilson put it – or if they were still in the process of developing it. From the chat it seemed that some of us have found our own style in our work, while some of us are still developing our uniqueness.

Both Ben from The Owlery and Roz from Rozcrafts thought their style was developing over time, with Roz saying her crafting has changed “beyond recognition.” Megan from SoSewMegan suggested that style evolves and that mistakes are an important part of this process, and that they can even be inspirational. Lydia from Blackdogandgingercat felt confident she had found her signature and thought that time and practise ensures you develop your own style, while also avoiding too much comparison with others in the same field.

Working to a brief 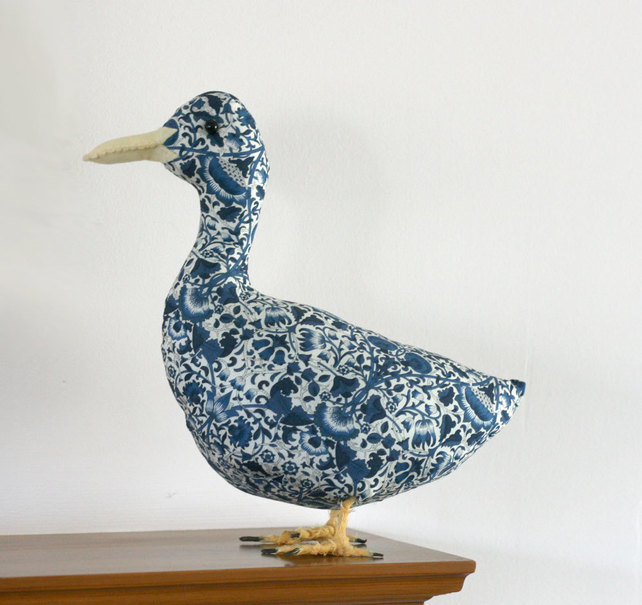 A very loose brief is ok but I don’t like feeling too restricted when using imagination. Let it run riot!

While on the subject of inspiration, Folksy asked whether setting yourself a brief when you get stuck could be a fun and productive way to work. This followed Jenny from Coo & Co‘s comment that she finds inspiration by setting herself a brief, as this helps her to focus her direction.

A brief can be structured or loose and both were found to be useful. Stephanie from Witts Design said they set themselves briefs but also allow creativity and ideas to flow, while Helen Smith thought a brief can push you out of your comfort zone, something which she personally likes. Keturah Jones, who is currently studying for a degree in Creative Arts & Design Practice, said she loved a good brief as she thought it was a great way to set off “… although it can end up anywhere!”

Is it important to be original? 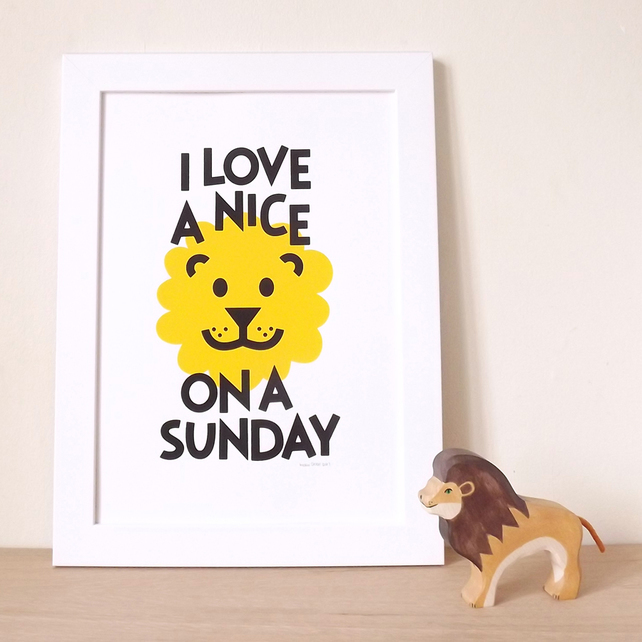 For us, being original and creating work that makes people smile are top of the agenda.

– Ali and Jam from hello DODO

There was lots of discussion over individuality and originality. This was seen as being important for crafters and something most of us strive for, with hello DODO emphasising that originality has always been very important to them. Laura from Say It believed it’s very hard to design original products because we can’t “live in a little bubble and never see anyone else’s work”. Anthea from Forest Flower Designs agreed but added that it is possible not to pay too much attention and follow your heart instead of doing what everyone else is doing. Candice from Firewhite suggested that originality will come naturally if you are open to new things and Emily from ArtyEmily said that experimenting keeps her work original, a process also enjoyed by Helen Smith.

When asked by Folksy about whether comparisons can hold us back from developing your own signature, Lydia from Blackdogandgingercat and Fiona from Fizzy-Jane Makes both agreed, with Lydia adding that it’s the worst thing a designer can do because it makes us ‘self-critical’. An alternative view was offered by Roz from Rozcrafts, who said she believes comparison can sometimes be positive as it can make you take a new direction in your work.

Many crafters worried about the originality of their work and the constant challenge of staying ahead. Zoe from Urban Magpie admitted she worries about being unoriginal but tries to “stay true to my own ideas and make honest responses to the materials I find.” Tina from DaisyWings said she works from her imagination and thought this helps to keep her work original.

There is the argument, of course, that nothing is truly unique and that most things have already been done. Lindie Moyo from @LindiesPatch agreed that few ideas are 100% original but it’s what we do with the idea that make us original. Megan from SoSewMegan made the point that even though we may have similar surroundings to each other, it’s how we interpret our environment and stimuli that makes our work original.  This sentiment was echoed by Fiona from Fizzy-Jane Makes, who said: “If it has your personality… it will be original.”

How do you know you are being original? 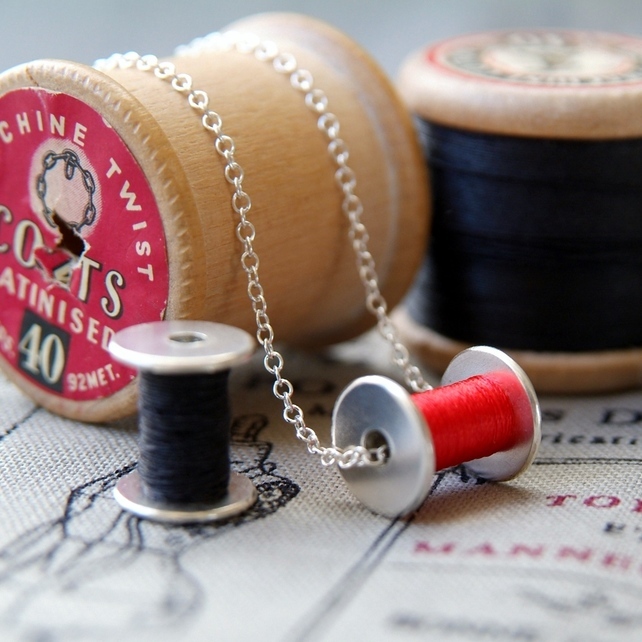 I thought I was original, then I found Pinterest.

Folksy asked how we make sure we are being original and quoted Abi from Rock Rose Jewellery (her cotton reel necklace is pictured above), who gave this piece of advice in an article about how to make products people will buy: “Research your ideas before selling them. I use Pinterest to see how unoriginal my idea (that I thought was original) is.”

With sites such as Pinterest and Instagram, we have access to other people’s work from all over the globe, and although some of us acknowledged these as good sources of inspiration, others worried that they may be affecting the development of our ideas. Did we perhaps unwittingly get our idea while browsing the web? Have we subconsciously taken something from another crafter’s work and absorbed into our own? Could Pinterest be getting inside our heads too much, like Keturaha worries?

Pinterest, it seems, is also the perfect place to check whether your wonderfully original idea has already been done before. Both hello DODO and Roz from Rozcrafts said that they have used Pinterest to check the originality of their ideas, while others said that, until they stumbled upon Pinterest, they thought their work was unique. Roz suggested that, as long as we try our best to be original and do not blatantly copy, we are heading the right way.

Elizabeth from Big Bird Little Bird made a good point when she said she recognised that she may not be the only crafter who makes birds, but thinks she has her own ‘spin’ on it. And perhaps this sums up the general feeling among us; as crafters we may be using the same materials and methods as each other but our work becomes truly original when ‘stamped’ with our own unique style and personality. 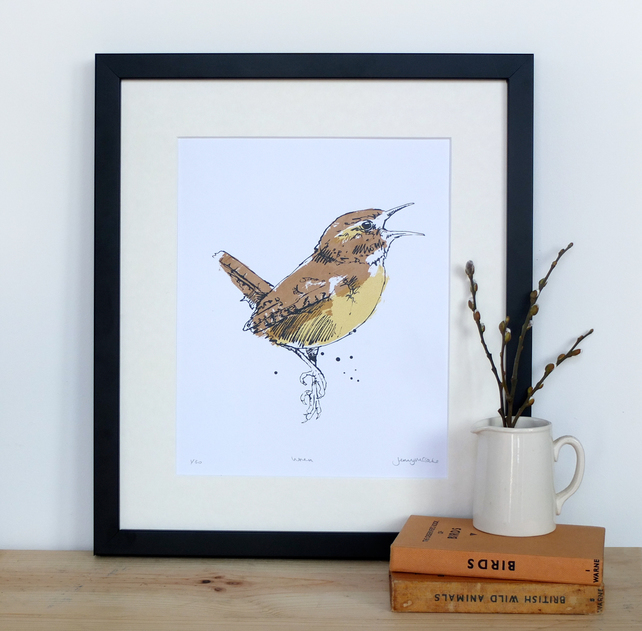 Turn it all off and move away from the computer – make art.

This sentiment by Jenny from Coo & Co summed up perfectly what many of us thought we should, in theory, be doing: taking some time away from the web and social media to nurture our own ideas. This, is turn, helps to ensure our ideas remain fresh and original. Jenny said she turns off and moves away from the screen to produce real work.

Perhaps this removing yourself from the distraction of others people’s work can sometimes also help us avoid making comparisons and also help us preserve our originality.

You can catch up with the whole #folksyhour chat on Storify and join in with the conversations on #folksyhour every Tuesday from 8-9pm on Twitter.
Find out what we’ll be talking about next week here >>

Sally Hawker makes and sells handmade cards and lives in Abergavenny, the ‘Gateway to Wales’, surrounded by mountains. She designs and makes each card by hand using a variety of materials (like the featured image which shows Bob the Badger taking a stroll), from shrink plastic to felt and vintage fabric. She loves the Arctic, snow, cats, weird animals and stationery, and tries to combine these passions in her cards. You can find her work on Folksy in her Sally and the Freckles shop.

Great post Sally, (I missed this folksy hour!) I fret over these points, but only you really know if you’re being original. Sometimes customers just look for items that are fashionable (think of the mustache/owl/melon crazes) so it’s easy to hop on those trend-trains, but i think originality is important and you can have your own spin even on popular motifs. However if you are always chasing whats hot you miss the opportunity to create your own style or ‘find your own handwriting’.

[…] After taking part in a few Folksy Hours I have now written a few summaries for Folksy of the discussions. My first blog post for Folksy was on the subject of originality and how to be original in your work. […]

When did Folksy start a blog?! I must have missed it, this is great advice for us beginners. Thank you Folksy! I’ll definitely be checking in more regularly and maybe participating in the tweets.

As for the originality subject, I would add that looking at original work by your favourite creatives is essential. I always ask: Where did they look for their inspiration? How did they develop these influences into their work? And then I go and look into those source influences myself. Often the source has nothing to do with any current trend and can lead to more original work.