Popular Posts
Craft Fair Secrets – How to Make a...
How to take product shots on your phone
How to sell more at markets, craft fairs...
Craft Fair Secrets – How much stock do...
How to choose the right social media channel...
Meet Sara Tasker from Me and Orla –...
Meet the maker: The Cornish Coaster Company
Craft fair inspiration – big ideas for small...
The best Instagram hashtags for craft and handmade
How to find your confidence as an artist...
The best Instagram challenges for makers & why...
10 fun gifts for teachers to make with...
Dear George: making jewellery with resin, wood, skill...
Everything you need to know about tax if...
Meet John Bloor – the printmaker carving beautiful...
Home Competitions Win tickets to Fashion on the Ration at Imperial War Museum London 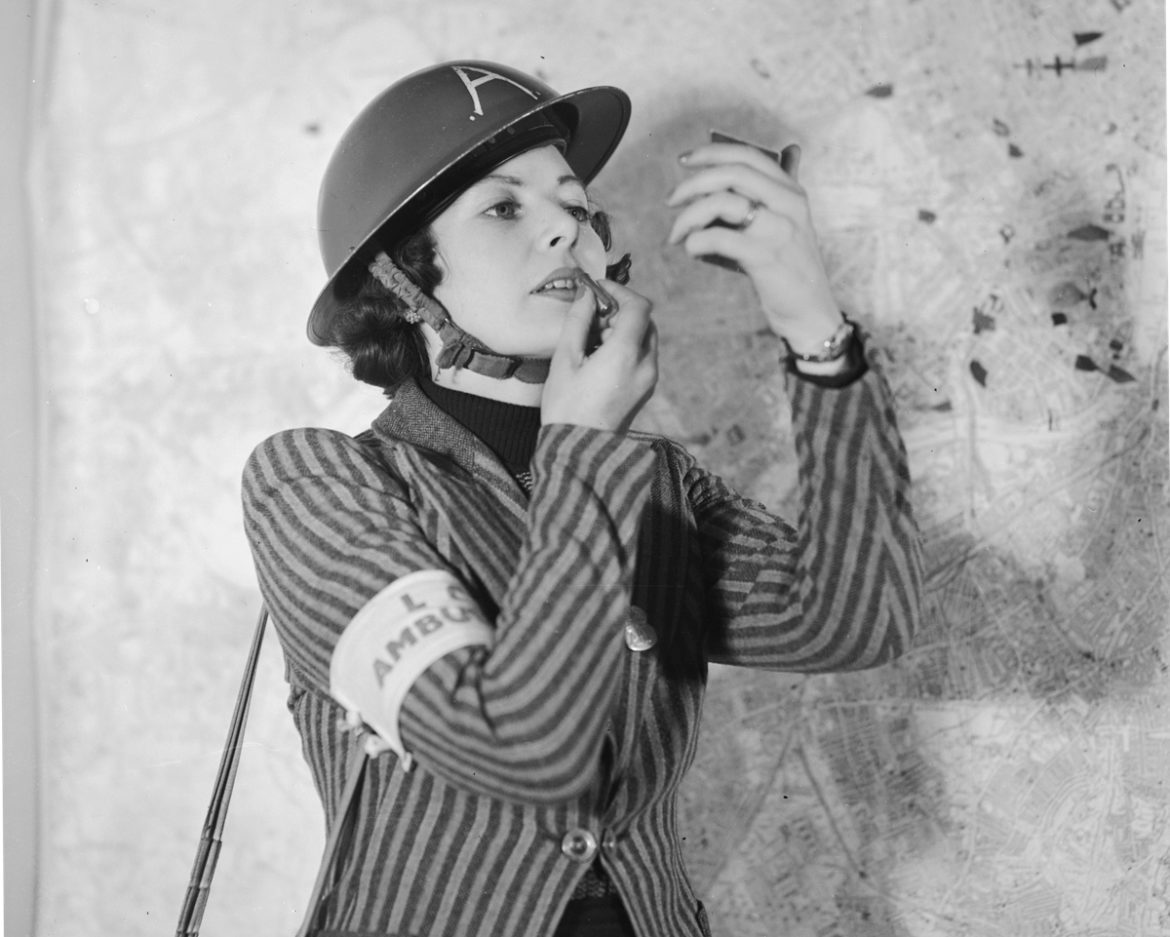 written by Camilla May 3, 2015
ShareTweet

Imperial War Museum London are giving Folksy readers the chance to win a pair of tickets to its major exhibition ‘Fashion on the Ration: 1940s Street Style’, which marks the 70th anniversary of the end of WWII. Not only that, but the winner will also receive a special Fashion on the Ration tote bag and a framed print of one of the iconic images featured in the exhibition.

Fashion on the Ration (until 31 August) looks at how fashion survived and even flourished under the strict rules of rationing in 1940s Britain, often in new and unexpected ways. The exhibition explores how men and women found new ways to dress as the rationing of clothes took hold, revealing what life was really like on the home front in wartime Britain.

To enter the competition, either leave a comment below or email competitions@folksy.co.uk with the subject line ‘Fashion on the Ration’ before midnight on Tuesday 12 May. One winner will be chosen at random after the closing date. 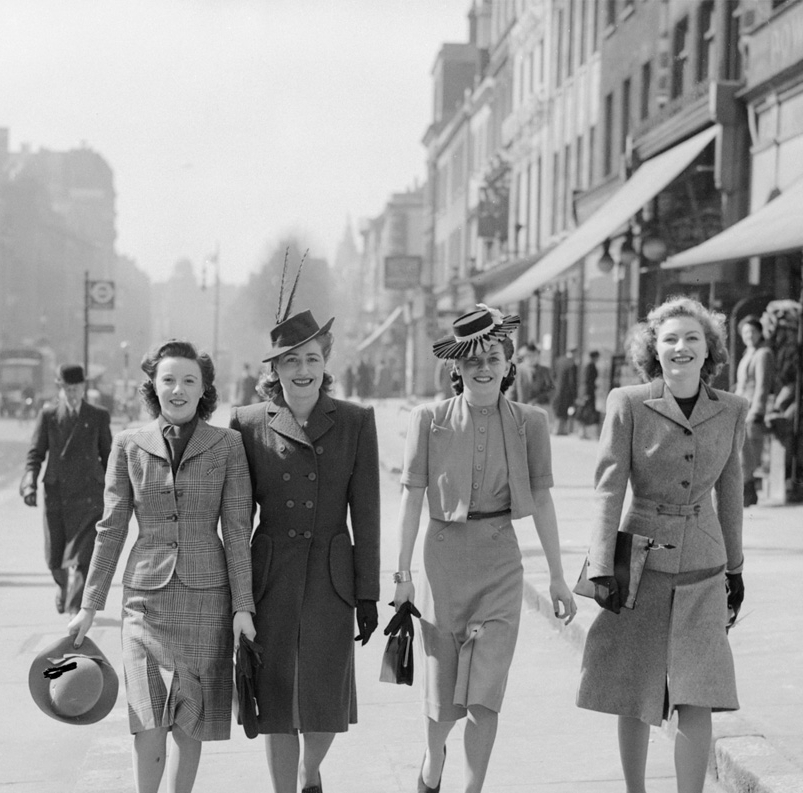 FASHION ON THE RATION

From ‘onesies’ to wear in the air raid shelter to jewellery created from aeroplane parts – Fashion on the Ration explores how fashion flourished under rationing in the 1940s. The exhibition runs at Imperial War Museum London until 31 August.

1. The competition closes at midnight on Tuesday 12 May
2. Prizes cannot be exchanged for their monetary value or other IWM London products or events.
3. Winners will be selected at random from all entries received.
4. The competition is not open to IWM employees.
5. The winners will be contacted after the competition closes by the IWM London or by their appointed representatives.
6. If the winning entrants cannot be contacted after reasonable attempts have been made, the IWM reserve the right to stand that entrant down and select another winner.
7. The IWM’s decision is final and no correspondence will be entered into.
8. The IWM reserves the right to alter and/or cancel the competition without any prior warning.
9. All personal data submitted with consent will be kept by the IWM for the purpose of sending out the prize.
10. The competition is open to UK entrants aged 16 and over.

The adventures of Boodle Boutique (featuring a five-legged panda)

I’d love to see this exhibition, it looks so interesting, thanks for the giveaway!

Would love to go!

Such an interesting period of near history, with stories heard first hand from parents and grandparents. Can imagine the exhibition will be a great day out and would love to have the excuse to travel down to see it!

What a great sounding exhibition. So interesting and very relevant for Friday’s VE Day. Would love to see this as a RAF wife. It’s always inspiring to see how previous generations of women deal with war.

So inspired by those resourceful ladies!

I got the book for my birthday! Would love to see this exhibition!

I’d love to take my 10 year old daughter to inspire her (and me!) to make more and of course admire the style of all those 1940s ladies who did so much with so little.

My mother loves to talk about the clothes my grandmother made for her from whatever material they could get hold of during WW2. Necessity was truly the mother of invention and she always looked wonderfully stylish.

I can’t wait to see this exhibition! My mum was so resourceful and always well dressed at such an austere time; she even made herself cami-knickers out of parachute silk! As a war baby myself, I was dressed beautifully in clothes that mum had made from recycled garments with mum’s added smocking, embroidery etc. We owe so much to that generation!!

Love to see it, thanks for the chance to win :)

Born after the war, I remember having all my ‘undies’ made from scavenged parachute silk. Imagine being able to afford that luxury today! My mum and aunties looked like those pictured well into the 50’s because they used the coupons to make clothes for us. I shall certainly try to get up to London to see this nostalgic exhibition.

People really pulled together to make life better for the collective, I wish that ethos still prevailed.

What a fabulous, informative and interesting looking exhibition. I would love to visit it. Now I just need to learn how to create myself a Victory roll hairstyle.

FAshion on the RAtion would be PAssion of my FAshion!
xx

Would love to see this. Looks a fascinating exhibition!

Women were such an important part of the war effort!

I’d love to go and see what my grandmothers would have done during the war.

This looks like a fabulous exhibition . I would love the chance to visit .I love everything about this era .
In this throw-away world , it’s a fabulous eye-opener to all post-WW2 generations .
Very humbling I’m sure .
Thanks for holding this comp Folksy ! :)

Would love to see this exhibition! And take my younger sister who got all the sewing talent in the family.

My Mum and Grandma had beautiful underwear made from parachute silk. One of the garments was turned in to a baby dress for me.
I would love to be able to go to the show so that i can view the things and more that i have been told about.My Mum was in the WAAFS and had the priviledge to help look after the Earl of Mountbatton’s clothes.

I would love to win this.

what a fabulous exhibition! it always amazes me how creative people can be, to make something extraordinary out of nothing.

What a great competition. People still managed to look stylish at a time of great hardship. So good for their morale.

This exhibition looks really interesting and I love the black and white photograph :)

Make do and Mend. These people did it for real. Would love to see this exhibition.

I’d love to spend a day in town visiting this exhibition. Women just oozed glamour in the 1940s!

Great competition! I would love to go win and know more about the fashion in the 1940’s.

Good Luck to everyone entering the competition. I know I would like to win tickets and visit the exhibition while I am on holiday in London.
Those who lived through the war years are an inspiration to us all in so many ways.

Amazing to showcase how British Women kept up their spirits despite the hardships. My good friend Nelly age 90 yrs young passed away recently and wish I could have taken her.

Going to London with my eldest daughter to see Hepburn & Delaunay shows this would make our annual trip extra special!

As the reluctant other half of a WW2 reenactor I would get major brownie points for winning this, as well as major inspiration to home make me a costume, as vintage in a modern average size is pricey!

So want to be there!

Ooh me please me please!!! Looks to be a fantastic exhibition.

I’d love to be able to take my Mum to this! We’ve been talking about it for ages!

This is going to be a treat! I’ll take my Mum and daughter along. We’ll all love it :) x

This exhibition sounds fascinating. I saw from my Nanna how resourceful these ladies were from having lived throught such hard times, she gave me the love of making that I have today. I’d love to learn more.

i love this era and how feminine and ladylike the fashions were under such difficult times. I really hope I can get to see this exhibition.

I’d love to take my daughter to this. My mum is in London for the VE Day celebrations and I’d buy her a ticket to come too. Such an elegant time.

Would love to win this, would be a great trip to London to take my mum along to, as she’s teaching me to sew at the moment (as a 32 year old I thought it was about time I gave it another go!)

Excited about this, looks like there are some great photographs.

Wow…. This would be amazing… Such an opportunity to gaze back in time..

One of the best eras for fashion in my estimation. So sophisticated in a horrendous time, I would love to see this exhibition

What a great exhibition – LOVE this era! My entire wardrobe as a fashion student, back in the late eighties, was all 1940’s and sourced from vintage and charity shops, and completed with hair rolls and my nan’s original shoes! Makes me so nostalgic x

Thanks to everyone who entered! The winner of this competition was Clare Tovey. Congratulations, Clare!