Popular Posts
Craft Fair Secrets – How to Make a...
How to take product shots on your phone
How to sell more at markets, craft fairs...
Craft Fair Secrets – How much stock do...
How to choose the right social media channel...
Meet Sara Tasker from Me and Orla –...
Craft fair inspiration – big ideas for small...
Meet the maker: The Cornish Coaster Company
The best Instagram hashtags for craft and handmade
How to find your confidence as an artist...
The best Instagram challenges for makers & why...
10 fun gifts for teachers to make with...
Everything you need to know about tax if...
Craft Fair Secrets: Not sold much? Here’s why...
Dear George: making jewellery with resin, wood, skill...
Home Craft Stories Have you heard of… Olive Morris 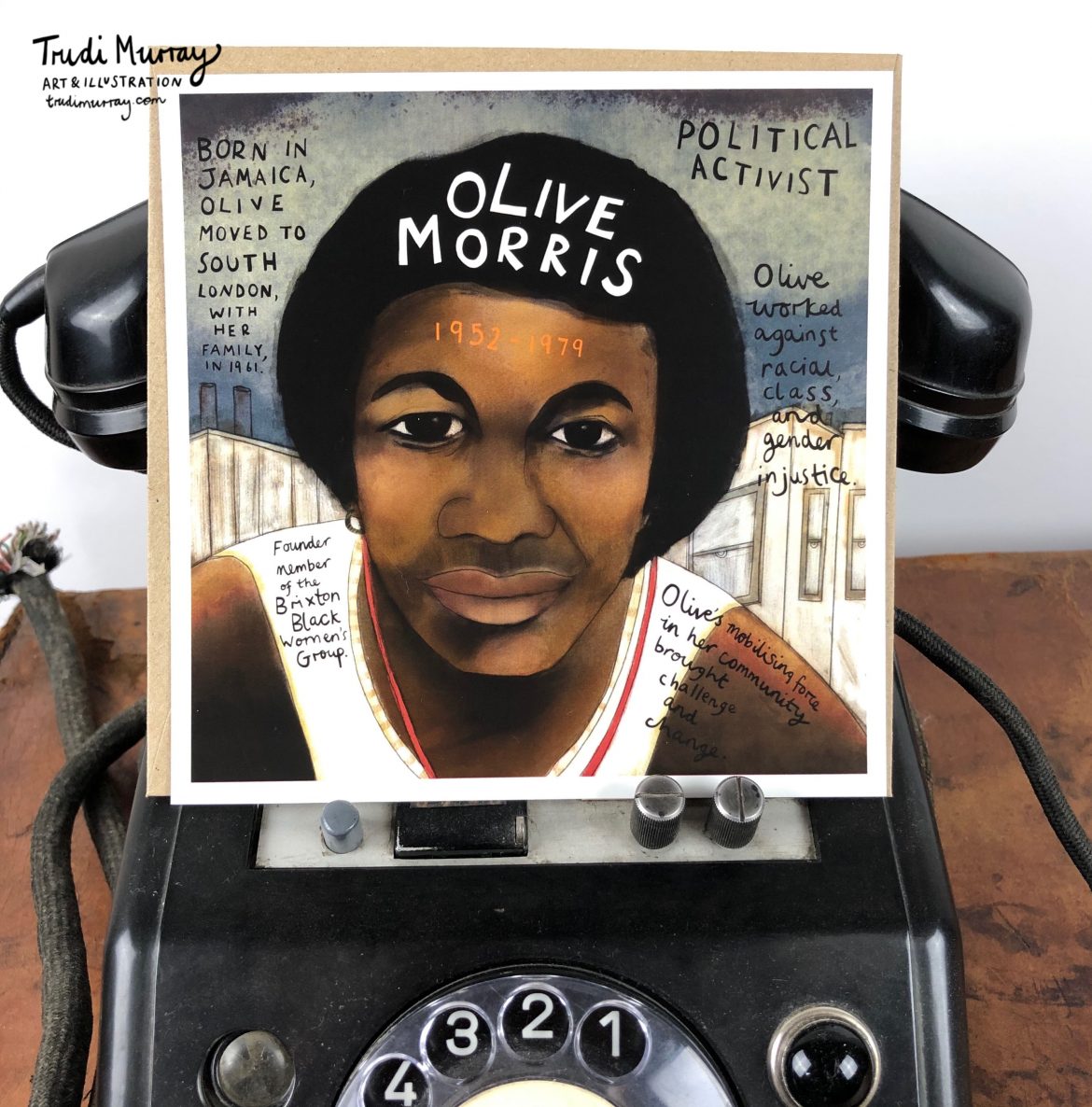 Craft StoriesHave You Heard Of?

Wouldn’t it be great to find out about all the different people in the world who have done inspiring and amazing things but who go largely undiscovered? Those people who you have never heard of. Well, look no further! My new illustration project ‘Have You Heard Of..?’ seeks to find out about people just like that, from past and present, near and far, and bring them and their stories to our wider attention.

Let’s have a look!

Have you Heard Of… Olive Morris, political activist

Olive Morris was a community and political activist. She was born in St. Catherine, Jamaica, in 1952. Her parents moved to London, with Olive and her brother Basil following in 1961, when Olive was nine.

Political and acutely aware of the realities of racial discrimination, Olive entered into the fray as a teenager, literally, in an incident in which she was arrested age 17,* and also by joining the Brixton youth section of the British Black Panther Movement.

Olive’s activism was rebellious, strong and fierce. She didn’t hold back. She mobilised her community, especially the women, to stand up against the racial, social and class injustice of the day by organising campaigns and support groups. Olive was a founder member of the Brixton Black Women’s Group and she played a large part in the squatting campaigns of the Seventies, highlighting inequalities around housing and accommodation.

It seems to me that Olive brought huge challenge and change wherever she went in her tragically short life. In 1978 when she was only 26, Olive she became ill with Hodgkin’s Lymphoma while on holiday in Spain. She died a year later, in St Thomas’ Hospital in London, aged 27.

* There is a striking story about Olive from 1969, when she was 17. There was a scuffle around the arrest of a Nigerian envoy outside a record store in Brixton. Diplomat Clement Gomwalk, driving his Mercedes, had been stopped and accused by the police of stealing the car. His ensuing protests were strengthened by those of the gathering crowd; at some point Olive entered got involved and was arrested. She attended King’s College Hospital after the arrest. Although accounts vary on exactly what happened, Olive’s passion for actively standing up for human rights, and her willingness to get involved, cannot be called into question.

Shop the whole Have You Heard of Series here >

Read more in the Have You Heard of series >

Trudi Murray is an artist, illustrator and writer, working in a pretty art studio in Richmond, London, with a lovely view of the treetops and people passing by on the street below. Her paintings hang in schools, churches, libraries, and the homes of an ever growing number of private clients. She's illustrated magazine and book covers, and worked in editorial illustrating too. Her biggest ambition is to write and illustrate books for children.

Have you Heard Of… Irena Sendler

Have You Heard Of…? Janaki Ammal

Have you Heard of… Lavinia Fontana

Have You Heard Of… Ruby Hirose